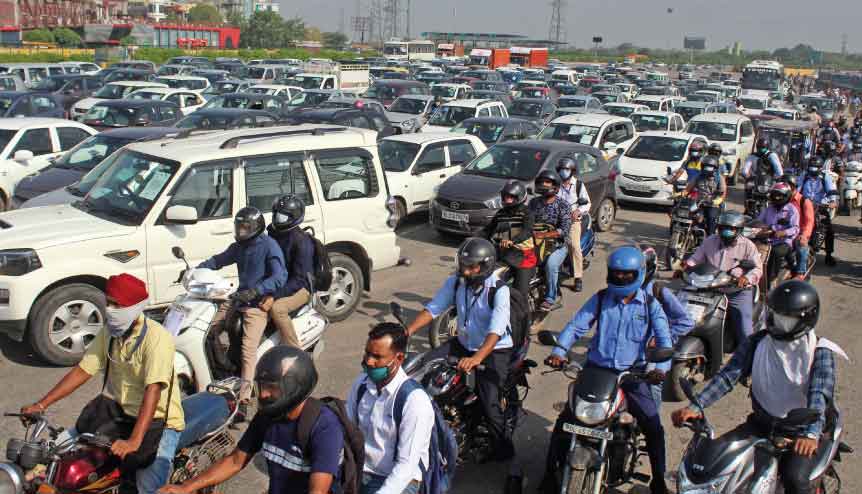 Teaser loans, as frowned upon as they are by the RBI, could be the catalyst that could see the beginning of cars being sold.

Speculation that certain banks are planning to team up with Indian automakers to offer purchase schemes involving teaser-loans could be viewed as a move that sees the automotive sector restarting its engines.

Unlocking potential: The future of the UK-India automotive trade relationship

When the going gets tough, Indian start-ups get going 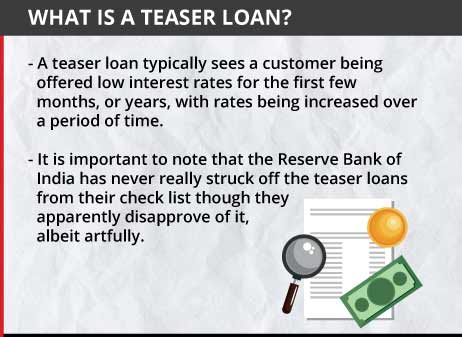 The so-called teaser loan scheme is not without its disadvantages, but as India emerges out of the Covid-19 pandemic it could perhaps be perceived as seeing the glass half full. While the auto industry is coping with the effects of the Covid-19 pandemic it is worth noting that it had brought home some very decent accomplishments in the recent past. The sector had recorded $22.4 billion in FDI from April 2000- June 2019, accounting for 5.1 per cent of the country’s total FDI inflows. With such markers the future looks optimistic once economic stability is restored.

It is reported that Maruti Suzuki, Hyundai and Mercedes-Benz have already activated this scheme in a bid to boost sales. The belief among dealers, however, is that the auto industry must be given fresh doses of oxygen in order to ensure its revival and, to this end, it is understood that teaser loans are just another component in the revival process for the industry to get the badly needed resuscitation that it needs.

The future for India’s automobile industry is promising. It is already the world’s fourth largest vehicle market and is touted to move up one more spot in terms of volume, engineering, manufacture, export of vehicles and auto components by 2026. The industry was manufacturing approximately 25 million vehicles of which 3.5 million were up for exports.

India’s position in the international heavy vehicles’ platform is strong – the largest manufacturer of tractors, second largest bus manufacturer, third largest heavy trucks manufacturer – gives it a status of first among equals amongst the global competition. 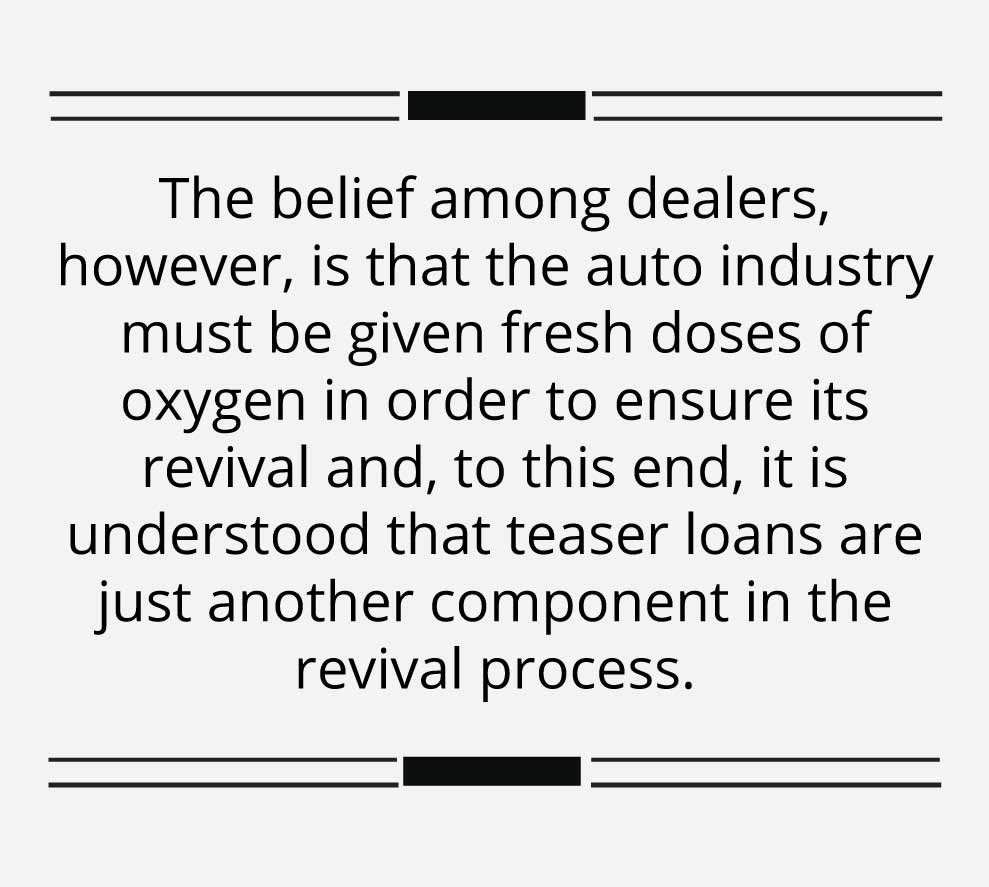 The fact that 100 percent FDI is allowed under the automatic route is good news for the future when the Indian automobile market turns around the curve in a bid for revival. The $74 billion industry is expected to reach $300 billion by 2026 if normalcy is restored with the vehicle penetration set to touch 72 vehicles per 100 people by 2025. Already the sector ensures that it has a 7.1 per cent share in India’s GDP, growing in value to roughly 12 per cent, it was generating employment for at least 35 million of the population (with a potential of 65 million jobs). India’s automobile sector registered a 40% share in the global GDP, with 4.3 per cent of a share in its exports.

India’s Automotive Mission Plan (2016-2026) is a driver for the future of the industry. The aim is to make this industry a key contributor to the ‘Skill India’ programme and make it one of the largest job-creating sectors in the country. 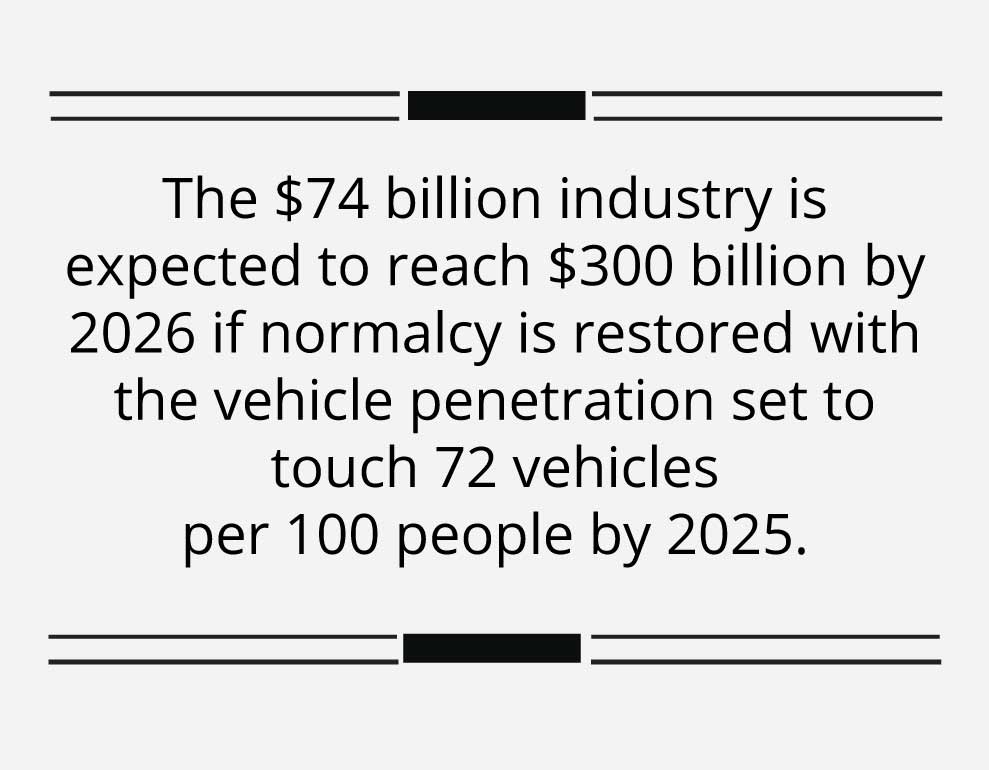 The category of electric vehicles (EV) is also one area that the government will be addressing as it promotes the concept of new technologies like EV and associated infrastructure with new fuel-efficiency regulations.