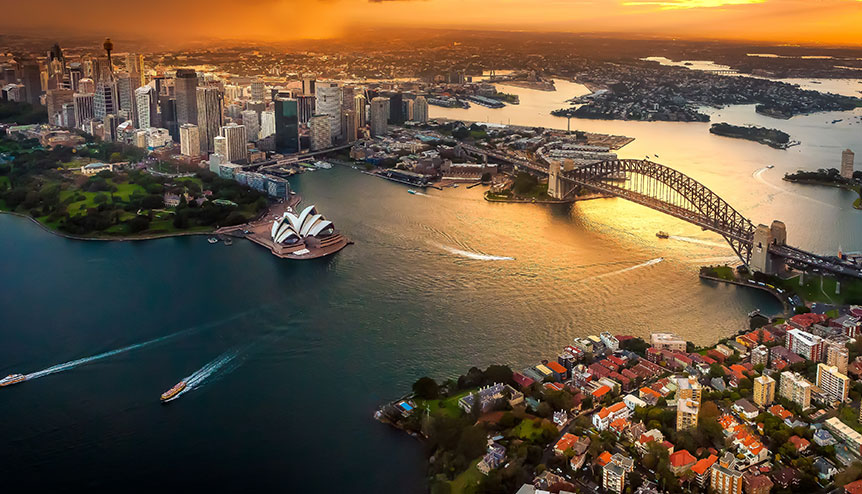 It is important to sustain the momentum of the path set for India-Australia trade relations with commitment, consistency and collaboration.

Doing business in India is an attractive proposition for most companies today, which are looking for new markets and sustained growth. India’s aspirational market, young demographics and rising demand driven by digitisation have made it a lucrative market for businesses across the globe.  However, comprehending the Indian market complexity can be a challenging task for businesses waiting to enter this market on a strong footing.

This was the clear motivation behind the recent 120-member Australian business delegation that visited India to gain market insights and explore/expand on the Indian opportunities. The delegation was part of the Australia India Business Exchange (AIB-X), which was led by Trade, Investment and Tourism Minister Simon Birmingham. This was one of the largest trade missions from Australia to India in the last five years.

In an attempt to consolidate its economic relationship with India, Australia’s India Economic Strategy 2035 (IES 2035) was launched in 2018. The strategy has set a target for India to become one of Australia’s top three export markets, to make India the third-largest destination in Asia for Australian outward investment, and to bring India into the inner circle of Australia’s strategic partnerships. The AIB-X was a clear attempt at turning the goals and objectives stated in IES 2035 into tangible actions and results.

‘Trade, Tourism and Taste of Australia’ dominated AIB-X 2020. The focus for AIB-X was on four priority sectors – education, agribusiness, resources and tourism – along with initiatives in food and beverages, energy, health, financial services, infrastructure, sport, and science & innovation. The delegation travelled across six major cities – New Delhi, Mumbai, Chennai, Hyderabad, Bengaluru and Kolkata. The strategic choice of respective cities reflected their specific industry strengths and capabilities, and their potential for partnership and value creation. The message was clear, investors and exporters need to invest their committed patience and perseverance while entering the Indian market.

The sessions focused on a variety of themes starting with, India’s current ease of doing business scenario, investment landscape and the reforms introduced in India. The infrastructure and built environment delegates of AIB-X discussed the need for skills and technologies to improve urban design, create smart cities. The delegation also had meetings with the GMR, Godrej and Mahindra group, L&T and real estate developers like AFCONS, Eldeco Group, Thapar India and Tata Projects. As a highly urbanised and liveable country, Australia has significant expertise in urban infrastructure design and development. Australian cities regularly feature at the top of world liveability indexes.

Education, resources, agribusiness and tourism – why were these four sectors the focus of AIB-X? Education is recognised as the flagship sector for Australian businesses with India in IES2035, because of outstanding Australian expertise in the field. The other three lead sectors (Resources, Agribusiness and Tourism) are chosen because of Australia’s immense strength in these sectors and they are areas where Australia can position itself to become a top five partner for India.

India aims to become a $5-trillion economy by 2024-25, the realisation of this goal is incumbent upon the capability of its education and training institutions to equip young Indians with knowledge and skills relevant to an evolving job market which needs quality, excellence, innovation and constant upgradation. As a world-class provider of education and training, Australia is well positioned to partner with India in the higher education sector.

LinkedIn India shared its insights with AIB-X delegates on India’s growing job market, workforce landscape and skills required for the future.  Australia’s curriculum experience and enhanced industry partnerships can play a key role in guiding such linkages in India.

▪ The Australia-India education partnership has been prioritised by the India Economic Strategy 2035, the Foreign Policy White Paper (2017) and the National Strategy for International Education (2025).

▪ The number of Indian students studying in Australia has grown by 71 per cent since 2014.

▪ There are 40 top universities in Australia, and six of them feature in the prestigious Top 100.

▪ Despite the tripling of the Indian population in Australia since 2005, knowledge on India in Australia is low. Only two universities in Australia are teaching Hindi.

Within the resources sector, the Australasian Institute of Mining and Metallurgy (AusIMM) signed a three-year Memorandum of Understanding (MoU) with Indian Institute of Technology – Indian School of Mines, to connect Australasia and India’s communities of resources experts. India has a severe shortage of skilled mining professionals. The output per mining worker in India varies between 150 to 2,650 tonnes per annum, compared to an average of 12,000 tonnes per worker in Australia. Mining contributes around 8 per cent of Australia’s GDP, however, India’s mining industry contributes only 1.4 per cent of GDP. A lack of investment in exploration (a meagre 2 per cent in comparison to Australia’s 13 per cent) and inadequate information about proven reserves (geophysical and geochemical data has only 2-4 per cent coverage, compared to 90–100 per cent coverage in Australia) has led to only 10 per cent of mineral exploration to date in India. India lags behind other mining countries across all stages of mining – geoscience, exploration, development, production and reclamation.

In the tourism sector, the trade minister announced a funding boost of AUD 1 million, beyond the AUD 5 million announced last year, to Tourism Australia to further ramp up its marketing efforts in a bid to attract more Indian tourists in the upcoming ICC T20 Men’s World Cup. In an event attended by Aussie cricketing legend Glenn McGrath and Indian cricket commentator and Friend of Australia Harsha Bhogle, Minister Birmingham reiterated that Tourism Australia’s current advertising campaign ‘Experience the game and beyond’ has been encouraging Indian cricket fans to book a ticket, watch a few games, and also get out into the regions to explore the incredible tourism experiences on offer.

The trade minister Simon Birmingham also launched the Taste of Australia retail promotion to lift the profile of Australian food products and highlight its quality, taste and safety to Indian consumers, who have shown their enormous enthusiasm for cooking shows like MasterChef Australia. The cooking demonstrations were led by Australian Masterchef Sebastian Simon, featuring Australian ingredients and produce available in India. Australia’s latest partnership with e-commerce platform Amazon India, to sell multivitamin brand Swisse, its health and beauty products, Vegemite and several other Australian products will give Australian businesses easier access to the 450 million internet users in India. The size of the imported food category has more than tripled in India over the last 10 years from $1.7 billion in 2009 to $5.3 billion in 2018. This is despite a strong domestic food processing sector and high import tariffs of 30-50 per cent. MasterChef Australia gets its highest viewership from India, and that has actually changed the way Indians view Australian food.

The agribusiness sector is one of the major constraints in the Free Trade Agreement between Australia and India. India has a significant appetite for capital, technology and services in the agricultural sector to improve its productivity and market efficiency.

AIB-X has reflected the Australian position and perception towards India, and how proactively it wishes to engage with India. A new path is set – it is important to sustain the momentum with commitment, consistency and collaboration. The word “engagement’’ is crucial and it should become a permanent national project for both countries.