Skip to content
Au revoir, EU: Brexit will get done 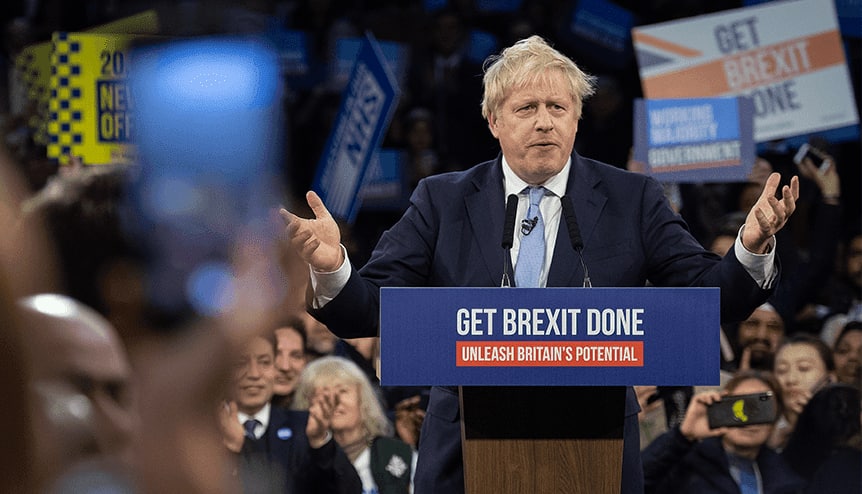 The epic result in the UK’s most significant election in living memory means Britain will be charging ahead towards the 31 January 2020 deadline and on the terms of its emboldened Prime Minister.

The voters have spoken, and the message is loud and clear that they want Boris Johnson to “Get Brexit Done”.

The epic result in the UK’s most significant election in living memory means Britain will be charging ahead towards the 31 January 2020 Brexit deadline on a deal that Johnson repeatedly informed the electorate was “oven ready”.

His message clearly hit home with a Brexit-battered public desperate for some certainty, something that was craved all round, not least among the hundreds of Indian businesses working on pause-mode since the June 2016 referendum.

While there is no denying that this was a decisively Brexit election, Labour’s disastrous showing at the ballot box goes much deeper and it should be time for some much-needed soul searching on the future direction of the party.

The messages projected in relation to India, not only one of the fastest growing economies in the world but also a steadfast UK partner, reflect Labour’s real disconnect with the pulse of the nation. Where the Tories struck a decisively pro-India stance with Johnson’s promise to “Narendra bhai” to work with him on building a New India, Jeremy Corbyn failed to grasp the real hurt among a traditionally Labour voting diaspora over his stance on Kashmir and backing for protesters targeting British Indians on the streets of London.

As the first-ever India Inc. opinion poll of British Indian voter intentions had predicted, there were significant gains up for grabs within this important base, which the Tories capitalised in time.