Skip to content
As Brexit recedes into history, time for a new chapter

As Brexit recedes into history, time for a new chapter 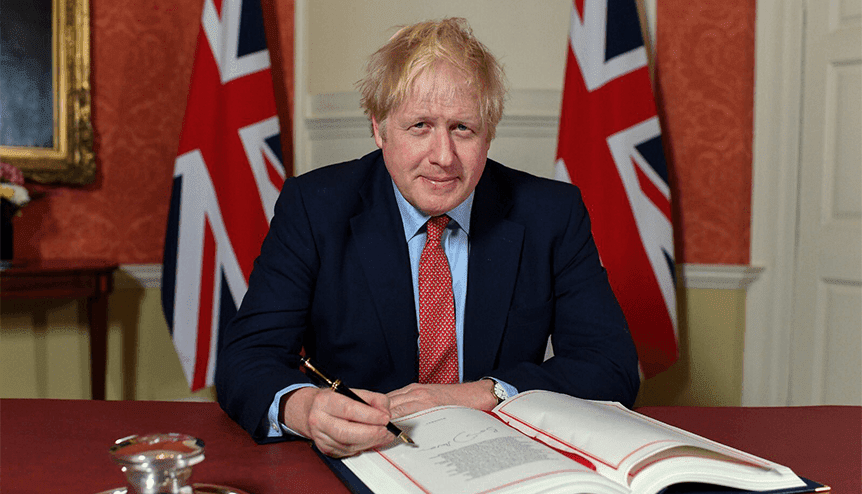 In the words of British Prime Minister Boris Johnson, Brexit is receding into history and therefore it is time for ‘India Global Business’ to move its “Eye on Brexit” on to the next chapter – that of the UK as a non-member of the European Union (EU).

In his first major post-Brexit speech to lay out his triumphant vision for the UK outside the European economic bloc after 47 years of membership, Boris Johnson was emphatic about one thing – that the word Brexit itself is a thing of the past.

“I won’t even mention the name of the controversy except to say that it begins with B. Receding in the past behind us. We have the opportunity, we have the newly recaptured powers, we know where we want to go, and that is out into the world,” he said, during his speech in early February delivered in Greenwich – an area of London chosen for its associations with the UK’s naval history and adventurous trade missions.

“It’s not banned. It’s just over… it’s gone. I wouldn’t say it’s like the big bang or the Norman Conquest. It’s just that it’s receding into history behind us,” he said, when pressed over the use of the word Brexit.

Therefore, it seems an appropriate time for ‘India Global Business’ to reinvent its very own “Eye on Brexit” column, which has been a dedicated space for views and analyses around the UK’s rather long-drawn exit process from the EU.

This section was launched soon after the referendum in favour of Brexit in June 2016 with a mission to track what was inevitably an extremely complex process of Britain extricating itself from a bloc it was in such close alignment with on all aspects – from trade and tariffs to laws and politics – since it joined back in January 1973.

But even the most astute foreign policy experts were confounded by the sheer scale of the challenge, which saw three prime ministerial changes and two General Elections until Brexit Day on 31 January 2020.

India, meanwhile, along with many other countries, adopted a wait and watch policy even as it began some early groundwork on exploring the removal of barriers to a future free trade agreement (FTA) with the UK.

The failure of India and the EU to strike such an FTA after nearly 13 years of negotiations was often waved as a sign of the promise held out by the UK being able to negotiate with India directly, freed from the so-called shackles of its EU membership.

The free movement of people, one of the key tenets of the EU, was often cited as a stumbling block that prevented the UK more flexibility over allowing more Indian professionals and students access to the country. A fairer visa regime for India’s students and skilled professionals will no doubt be at the heart of any future UK-India FTA, discussions for which Britain is now free to begin after its formal exit.

The UK has kick-started this free trade drive with a new campaign from 1 February, the after its formal EU exit, titled “Great, Ready to Trade” across 18 cities in 13 countries outside the EU. Mumbai has been chosen alongside major cities in Australia, Brazil, Canada, China, Japan, Mexico, Singapore, South Africa, South Korea, Turkey, UAE and the US.

It is clear that India will fall into the second tranche of countries in terms of an FTA focus, with the US, Australia, Japan and Canada ear-marked in the first tranche.

However, as an influential parliamentary inquiry had warned last year, the UK is in danger of falling behind in its race to engage with India and must not leave it too long before taking some proactive steps.

“The story of the UK’s recent relationship with India is primarily one of missed opportunities. There are certain practical steps the government must take to reset its relationship with India, in particular making it easier for Indians to visit the UK and to work or study here,” noted the ‘Building Bridges: Reawakening UK-India ties’, released by the House of Commons’ cross-party Foreign Affairs Committee (FAC) to coincide with the first-ever India Day in the Houses of Parliament, organised by India Inc.

Against this backdrop, ‘India Global Business’ will re-structure this “Eye on Brexit” segment of the UK Edition into a section that looks beyond the actual exit process to the UK’s efforts at grabbing some of those “missed opportunities” of the past, not least in terms of closer UK-India trade ties.

“As the UK prepares to leave the EU, it is time to reset this relationship. We cannot afford to be complacent or rely on historical connections to deliver a modern partnership,” noted the report, at the end of a year-long Global Britain and India” inquiry by the Commons.

And, now that the UK has left the EU, that relationship reset process should click into place at pace.