Skip to content
Arc of Democracy: Good for Asia

Arc of Democracy: Good for Asia

Japanese Prime Minister Shinzo Abe has spoken of the “Arc of Democracy”, with Tokyo and New Delhi as its two ends and encompassing the ASEAN, Australia and South Korea in between as the ideal architecture for the 21st century, which many have already dubbed Asia’s century.

His Indian counterpart and good friend Narenda Modi has outlined a similar template for India’s foreign policy doctrine – Act East. This doctrine builds on India’s existing Look East policy but adds a strong strategic element to what was till recently only an economic outreach programme.

And both these dovetail with the US’s Pivot to the East, but that will have to wait for another article on another day.

Both India and Japan highlight the economic aspects of their increasingly close and warm relationship, focussing on Tokyo’s support for Modi’s plan to revamp this country’s creaking infrastructure – like financing and helping construct the $90-billion Delhi Mumbai Infrastructure Corridor to reduce transit time for freight trains between Mumbai and Delhi from 14 days to 14 hours, with several industrial clusters and high tech industrial zones planned en route.

Then, there is the $15-billion bullet train line planned between Mumbai and Ahmedabad. This, of course, is in addition to the Abe government’s active encouragement to Japanese companies to invest in India – much in the way the Japanese government encouraged the funnelling of private sector corporate investments to China in the 1980s and 1990s, which fuelled the Chinese economic boom. Japan has committed $35 billion investments in India, which will create millions of jobs under the government’s Make in India initiative. As is well known, Japanese companies are among the most conservative investors who take cues from their government on where to channel their investments.

This is now bearing fruit. Japan has recently signed a nuclear cooperation agreement with India under which US companies like Westinghouse and GE can supply reactors, with critical components from Japanese multinationals, for projects in this country.

Then, India may buy 12 US2 amphibious planes for its navy and Coast Guard, marking what would be among the first foreign military sales by a Japanese company.

Though India’s policy planners deny it in public, it is a fact that the establishment in New Delhi is deeply concerned at China’s aggressive intent as exemplified by its claim over South China Sea, its naval expansion into the Indian Ocean, which India considers its backyard, as well as its co-called Maritime Silk Route.

This relationship is critical for Modi’s plan to create millions of jobs for the 12-15 million youngsters who join the workforce every year as well as his vision of India rising to become first a regional power in Asia and then a global power in its own right. 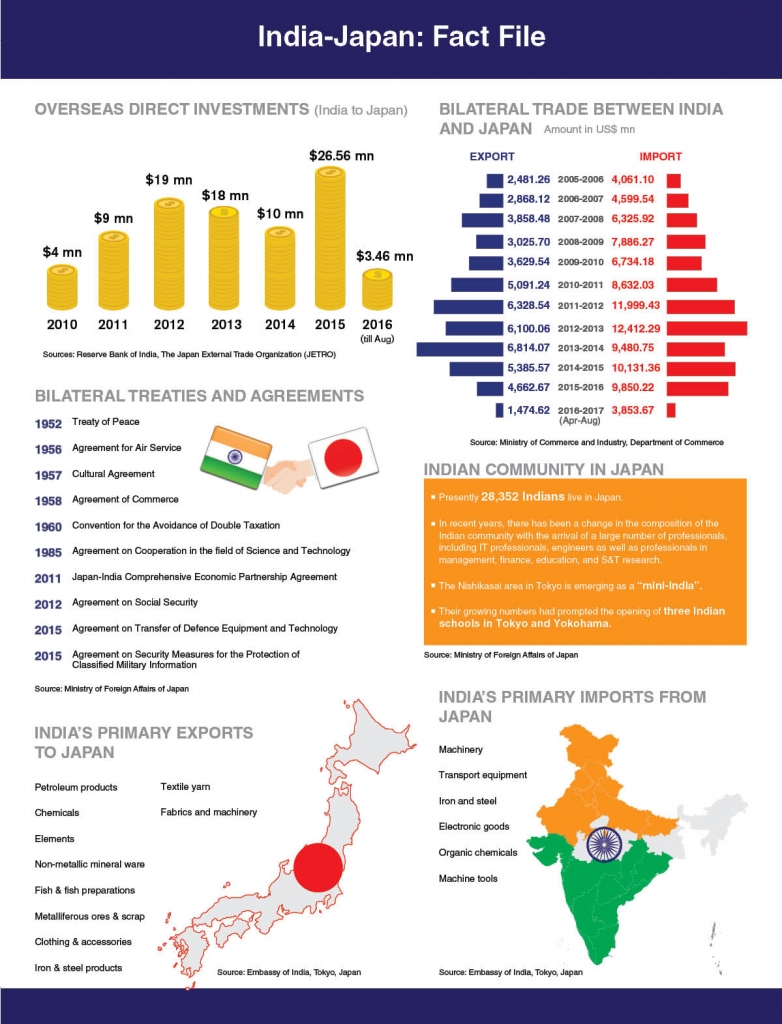