Skip to content
Any clues? The UK’s ‘Global Britain and India’ inquiry is timed just right

Any clues? The UK’s ‘Global Britain and India’ inquiry is timed just right 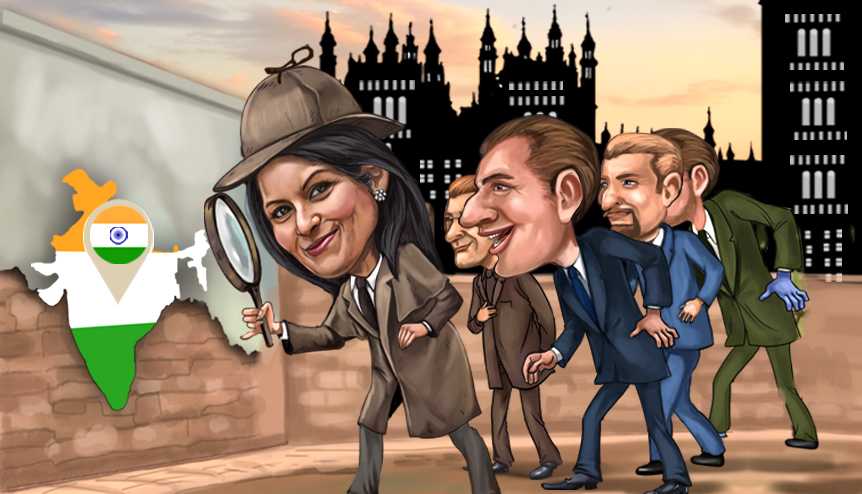 A recently announced inquiry by the UK Parliament’s influential Foreign Affairs Committee on how Global Britain must engage with India is welcome and much needed, writes India Inc. Founder & CEO Manoj Ladwa.

I was fascinated and somewhat enthused when British PM Theresa May coined the term “Global Britain” soon after coming to power to indicate how a post-Brexit UK would not sink into isolation but welcome engagement with the wider world. Her first foreign engagement was in New Delhi, giving rise to optimism that the Theresa May’s Global Britain would emerge as a natural partner to Narendra Modi’s Global India.

Nothing much came of that visit or subsequent engagements with India. Mrs May didn’t define what exactly she meant by Global Britain. Little, if any, public thought has been given to what exactly that phrase means and what it could mean in practice.

But a couple of years later, the Brexit shenanigans have left people confused, frustrated and fatigued. You could be left thinking that Britain is a country at war with itself, especially with rather incendiary language used by Brexiteers such as Boris Johnson. “We have wrapped a suicide vest around the British Constitution – and handed the detonator to [EU Brexit negotiator] Michel Barnier,” the former foreign secretary wrote recently.

It pains me, as I am certain it does other champions of closer UK-India ties, that this potentially bountiful and otherwise close relationship has been allowed to drift without coming anywhere close to realising the promise it has.

So, I am particularly pleased that the Foreign Affairs Committee (FAC) of the House of Commons has launched an inquiry into the state of bilateral ties with India. At last, there is a sincere and, hopefully, credible endeavour to chart out a course of Britain’s engagement with India which has strong political insights and hopefully backing.

I have, on numerous occasions in the past, not least during the UK-India Week organised by India Inc. in June this year, and in my book ‘Winning Partnership – UK India Relations Beyond Brexit’, spoken and written about how the UK’s centuries’ old ties with India could become one of the defining bilateral relationships of the 21st century.

In trade & commerce, science & technology, security and geopolitics and in people-to-people ties – the template is already in place. All it needs is a little political push, preferably with strong and focussed leadership from 10 Downing Street for the relationship to blossom.

Instead, I must note with concern that tensions are simmering just under the surface especially over the UK’s reluctance to ease visa norms for Indian students and professionals, and the two governments talking sometimes at cross purposes on issues such as the extradition of fugitives and rising anti-India activities from British soil. So, the FAC inquiry hasn’t come a moment too soon.

Clues on the ground

Tom Tugendhat, the Chair of the Foreign Affairs Committee, hit the nail on the head when he said: “How we work with India will be key to our place in the world in coming decades.”

The committee, which encouragingly also includes former Cabinet minister and Indian Diaspora Champion Priti Patel, will take a close look at the entire gamut of issues, starting with the impact of the UK’s (in my opinion) short-sighted immigration policy and encompassing cooperation on counter-terrorism, regional security, innovation, technology and multilateral institutions.

Tellingly, the House of Lords Committee on International Relations had, a few months ago, held an evidence session on relations with India. This was part of a review of the UK’s foreign policy in the light of the completely changed global conditions compared to a few years ago.

I would strongly urge Tugendhat’s committee to come out of the Palace of Westminster, engage with Britain’s vibrant Indian 1.5 million strong diaspora across the UK, and indeed, visit India and experience for themselves India’s own global aspirations.

Our cover this time, is a illustrative example of what, I feel, is the need of the hour. The UK needs to delve deeper for the clues that will make relations with India a “Winning Partnership”.