An important milestone in India’s war against poverty 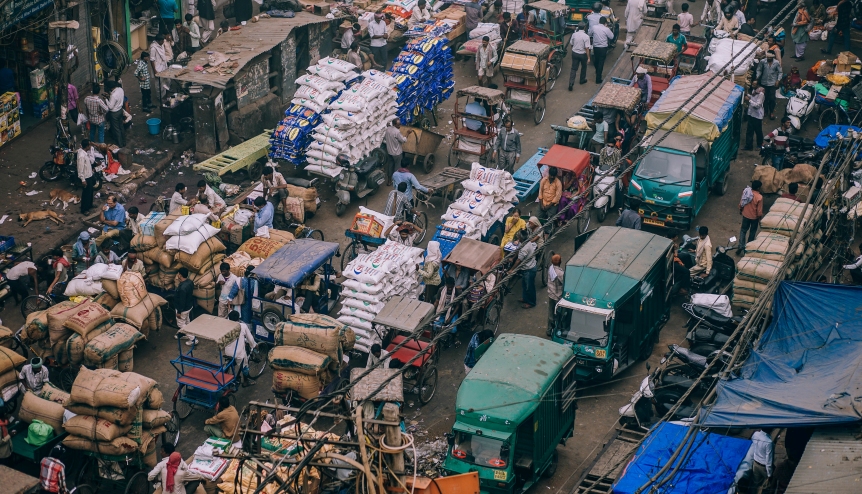 In the midst of the 2014 Indian General Election campaign, the then candidate Narendra Modi was asked whether he thought a full-fledged war against Pakistan was inevitable. His reply astonished many. Modi quipped: “India and Pakistan do have a war to fight – a war against poverty.”

Four years on, the respected Brookings Institute, in a recent report, says India is no longer home to the world’s largest number of extreme poor and destitute.

India sheds its crown of scorn

According to this report, Nigeria has overtaken India on this list no country wants to be on and now hosts the world’s largest population of people living in extreme poverty, which is defined as less than $1.90 per day. This sum, it has been calculated, is the minimum threshold for people to get basis necessities such as food, shelter, clothing and the model has enough flexibility to account for purchasing power differences in various countries.

The World Poverty Clock, a model to track progress against poverty in real time, showed that Nigeria had 87 million people living in extreme poverty compared to about 71 million in India.

In more good news for India, the estimates showed that the number of people living in extreme poverty in the country was declining at the rate of 44 people per minute.

I accept that the new ranking, and the fact of having the world’s second-largest population of people living in extreme poverty, is nothing to celebrate but even the carping critics will accept that it is a major milestone in the fight against poverty and a massive endorsement of the Indian government’s efforts to reduce and eradicate poverty.

In this context, it is pertinent to note that Indian Prime Minister Narendra Modi was the first Indian leader to change the paradigm of India’s strategy – from poverty mitigation to poverty elimination.

Colonialism and especially British Prime Minister Winston Churchill’s decision to divert grains from India to feed British troops fighting the Axis forces created the Great Bengal Famine of 1943 in which an estimated 3 million people died of starvation and disease. Millions more, dependent primarily on agriculture, were impoverished and rendered destitute. The coverage of this man-made disaster by the Western media, then present in India to cover the Asian theatre of the Second World War made India the global poster boy of poverty, destitution and malnutrition the world over for the next two generations.

Then, India’s disastrous tryst with a highly command oriented economy only exacerbated the problem and the US’ infamous PL-480 grain handouts to India – when the country lived, in the words of a mocking Western media, “ship-to-mouth” – only served to perpetuate and cast this image in stone.

Studies show that India first began to crack this problem only in the 1990s with the advent of the liberalisation process, which created massive growth opportunities for ordinary people and pushed millions above the poverty line.

In that sense, every government and every ruling party at the Centre and in the states since 1991 must be given credit for contributing their bit to this latest milestone in the fight against poverty.

JAM to the rescue

But it is the efforts of the Modi government since 2014 that have really hastened the process.

His government’s Jan Dhan Yojana, the world’s largest financial inclusion scheme, which ensured that every Indian family has at least one bank account was merely the first of several far-reaching initiatives to ensure that funds and benefits meant for the poor actually reached the intended beneficiaries.

By linking these with the mobile phone numbers of the account holders and tying these up with their Unique Identification Numbers called Aadhaar, the government created a triangulation – called JAM for Jan Dhan Yojana, Aadhaar and Mobile numbers – that effectively plugged the leakages and the outright thefts that had earlier resulted in huge defalcation of public money meant for the poor.

In the mid-1980s, then Prime Minister Rajiv Gandhi had famously said only 15 paise out of every rupee allocated to the poor reached the beneficiary. Under JAM, the government estimates it has effected savings of up to Rs 50,000 crore ($7.5 billion) a year.

This is just one part of the story on poverty eradication. The Modi government has introduced the MUDRA Scheme to provide small loans to the unorganised sector. About $20 billion of such loans have been provided to tens of millions of poor people, especially in rural areas, creating livelihoods and generating demand for goods and services at the bottom of the pyramid, which in turn, creates more livelihood opportunities for more people.

But this latest milestone can only be a small station in India’s journey up the global wealth ladder. The World Bank released data only last week that showed India had overtaken France to emerge as the world’s sixth largest economy, behind the US, China, Japan, Germany and the UK.

But France is a country of only about 67 million people; India has 20 times as many people. This means France’s per capita income is 20 times India’s. In fact, India is the poorest country in terms of per capita income among the world’s 10 largest economies.

Modi has already given a clarion call to aim for double digit growth. Having done the hard yards over the last four years, and taken several far-reaching measures like demonetisation and the rollout of the Goods and Services Tax (GST), the Indian economy is now entering a sustained growth phase, as evidenced from rising capacity utilisation levels and an incipient uptick in the till recently stagnant investment cycle.

This will surely generate massive prosperity all around and lift millions more out of poverty.

So, a better way of looking at the Poverty Clock figures would be to treat them as a pointer to a better future rather than a marker of arrival at the desired destination.

For now, I’m sure many of you will share my elation at the good news emanating from the Brookings report. It may not be time yet to reach for the bubbly but at least it may be a signal to put it on ice.