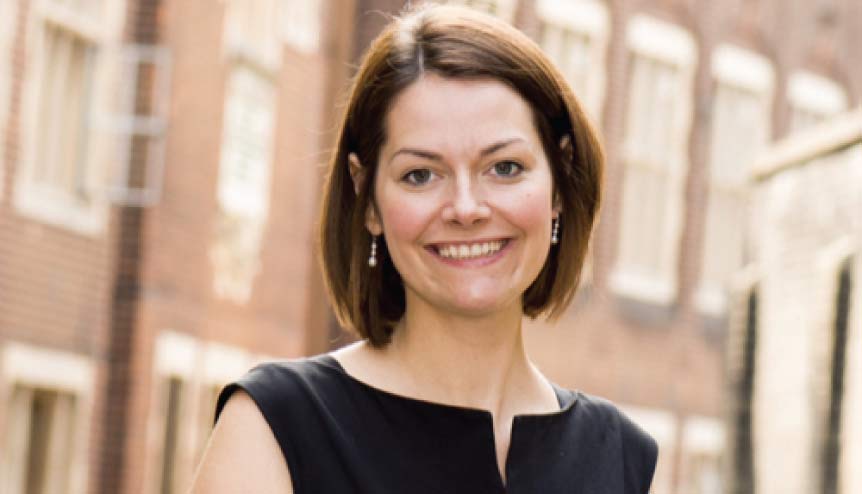 Poppy Gustafsson, the co-CEO of Darktrace, discusses how AI has enabled the company to lead in the market by making cyber security more efficient and virtual.

How can AI and machine learning be best weaponised to enhance cyber security?

When Darktrace first started, cyber security was all about trying to keep the bad guys off your network. Security analysts would try to predict what the bad guys could do on their network and then put these rules into their firewalls, or manually write new detection signatures based on previous attacks. They would spend hours trawling through logs and prioritising threats. Inevitably, breaches would still happen: novel attack techniques and unknown vulnerabilities were exploited, and social engineering methods became more sophisticated.

AI has since changed the role of security teams fundamentally, empowering organisations to understand the ‘normal’ behaviour of their digital environments with machine-speed intuition. Today, just under 4,000 organisations use AI in the daily battle against cyber threats, and many have delegated the response to an emerging threat to machine algorithms, entrusting AI to fight back against malicious actors on their behalf before any damage is done.

The fact is that humans are outpaced by the speed, sophistication and scale of today’s attacks. We cannot bring humans to a machine fight – this is a reality that many in the industry have come to terms with. With autonomous response taking on the tactical real-time response, humans are freed up to spend more time being proactive as well as working on higher-value areas.

What are the new challenges being thrown up in this field during the current crisis?

The coronavirus pandemic has provided a real-world test of how robust many companies’ cyber defences are. What’s clear is that the old way of doing security – creating rules for what employees are allowed to do and trying to predict what might go wrong based on history – is useless in the face of rapidly changing, unprecedented circumstances.

As organisations have turned on a dime to adopt new remote working practices, our R&D team have worked to make our AI available completely virtually – without employees having to leave their homes, helping them protect critical enterprise systems from cyber-threats.

We’re seeing a rise in opportunistic hackers aiming to exploit the chaos caused by the pandemic to compromise critical systems, and Interpol has even issued a global alert to hospitals about an increase in ransomware attacks designed to lock them out of their systems to extort payments. In response to these challenges, we are offering our cyber AI software to the UK’s National Health Service for free to help defend their IT systems from cyber-attack.

What would be your top security tips for individuals/companies/governments as the concept of workspace moves rapidly online?

Adaptability and agility will allow businesses to ride the waves of these uncertain times.

Core business data is now being pushed to brand new places, travelling in a way that it has never before – and while they strive to maintain business as usual in ongoing uncertainty, organisations must endeavour to bolster their security. Too many organisations feel blind to what’s going on in their own systems – let alone the risk that third-party software or employee’s home smart devices might introduce.

The key to our success as a cyber security business has been AI technology that is constantly evolving and responding at machine speed to changes in the digital business, and these are technology traits we must embrace in times of uncertainty and change.

What aspect of cyber technology and future milestones excite you the most?

We are already seeing AI take on even higher level human thought processes. A great example is in threat investigation. Our Cyber AI Analyst creates hypotheses about what happened, evaluates relevant data, forms conclusions and even creates the report. 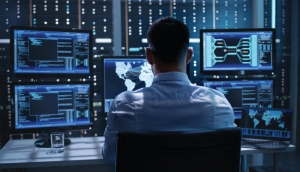 Core business data is now being pushed to brand new places, travelling in a way that it has never before – and while they strive to maintain business as usual in ongoing uncertainty, organisations must endeavour to bolster their security. Too many organisations feel blind to what’s going on in their own systems – let alone the risk that third-party software or employee’s home smart devices might introduce.

AI’s next big challenge in cyber security is the onset of AI-powered attacks. Today, AI is being used by the attacker for selecting targets for attacks and creating digital fakes, but it will be more widespread.

This could change the landscape of the entire marketplace if the threat vector rapidly shifts to adversaries using AI in their attacks. It will quickly become a war of algorithms, and we see ourselves on the front line of defence.

How can businesses and governments encourage more women into the tech sector, which is traditionally more male dominated?

At Darktrace, we have a workforce comprised of over 40 per cent women, across our technical roles and our leadership team. We did not get there through quotas – our company is spearheaded by two female CEOs and our leadership team comprises a number of strong female leaders. This makes our organisation an attractive place to work for young female professionals. We also work closely with social enterprises like WISE, who do very important work to encourage young women to study STEM subjects and take on more technical roles.

What inspired you to transition from math and accounting to cyber tech?

I wanted to be part of the founding of a company that was applying mathematics to real-life problems, on real-life data, in the real world.

Cyber security is one of the greatest challenges of our age. It affects us all – governments, schools, businesses, hospitals and every other thread in the fabric of society is vulnerable to attack, and when Darktrace first began, the attackers were winning far too many battles.

Darktrace was tackling this challenge head on with innovation, using AI in a way that no one in the industry had ever before. The idea was radical at the time, but being bold and ambitious has gotten Darktrace to where it is today – a company that has created the world’s first technology that can fight back against attacks without human intervention with 3,500 other customers.