AI is a key area for UK-India healthcare cooperation 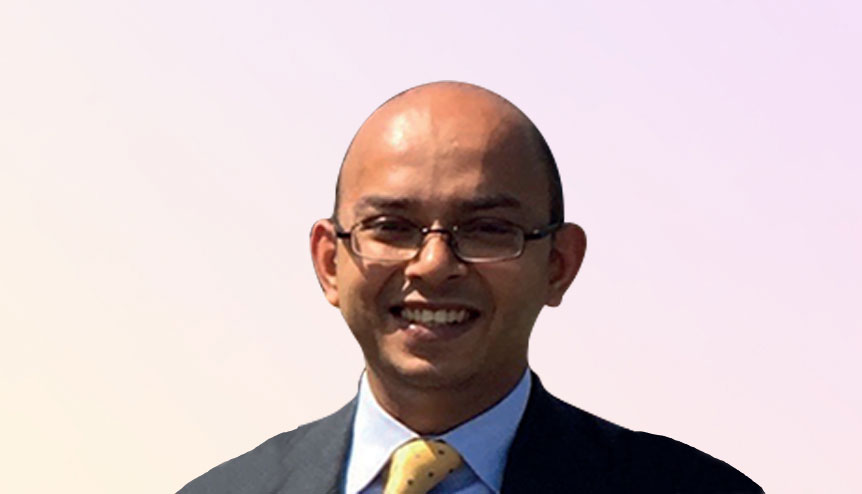 A healthcare expert highlights the importance of AI as a bridge for further collaboration between India and the UK and how it could help address the shortage of medical professionals in India.

In February 2018, I visited India as part of a Healthcare UK trade delegation along with some well-known British Hospital Trusts and private sector companies to mark the 70th anniversary of the UK’s National Health Service (NHS). Just two days earlier, the Indian government had released its Union budget marking the first public announcement of the major healthcare transformation initiative which came to be known as Ayushman Bharat.

The UK delegation, led by then NHS England Chairman, Sir Malcolm Grant, took part in several discussions around the potential and pitfalls of implementing such an enormous undertaking.

One of the key challenges was around India’s well-publicised shortage of skilled medical personnel. Government of India’s think tank, NITI Aayog, in its National Strategy for Artificial Intelligence “#AIForAll” (June 2018), estimated that the availability of doctors per 1,000 population was just 0.76 and availability of nurses for the same population size was 2.09 when compared to WHO requirements of 1 and 2.5 respectively. This disparity is particularly acute when the provision of care in rural India is considered. Of particular relevance to the proposed wellness centres is the statistic which indicated that, in 2015, India’s rural areas were short of sub-centres by 20 per cent, primary health centres by 22 per cent, and community health centres by 32 per cent. Allied to this is the challenge of quality and consistency of care which plagues health systems around the world.

Upon my return to the UK from the delegation’s visit, I became involved in preparations for the visit of Prime Minister Modi ahead of CHOGM in April 2018. It struck me then that the visit presented an opportunity to set in motion something strategic to address Ayushman Bharat and its workforce challenges. It was clear to me that AI would hold the key to solving this problem.

The UK government has moved decisively to develop its AI capabilities in healthcare. The national AI Grand Challenge, launched in 2018, identified five centres of excellence across the country for the acceleration and development of AI in healthcare. Some of these are based in existing technology clusters such as the London, Oxford and Cambridge triangle which combines leading clinical, academic and technological institutions to create a fertile ground from which start-ups can spring up and grow. Having seen some of these exciting solutions in healthcare emerging from the UK’s AI clusters, it seemed that the solution for India’s healthcare workforce challenges was at hand.

With that recognition came the germ of the idea which formed the basis of the Healthcare AI Catalyst or HAIC project.

The HAIC project aims to demonstrate the impact of AI solutions, such as those being developed in the UK, in addressing the shortage of healthcare professionals in India. The project would identify some of the most promising Healthcare AI technologies internationally in terms of not just their accuracy and efficacy but also their relevance to the Indian disease burden. These solutions would then be deployed in a set of selected locations and, if found to deliver a sufficiently positive impact, would be adopted across the country. Part of the localisation of international AI technologies to the Indian context is likely to involve validating and training the system using Indian data. This will ensure that the accuracy achieved by the system in screening for disease applies to any local variations in terms of disease presentation.

The HAIC concept has met with great enthusiasm not only within government circles in the UK but also found favour in India where NITI Aayog has worked with us to shape the project and pave the way for its implementation. The project was announced during PM Modi’s visit in April 2018 and was formally launched in December 2018 as part of the Future Tech Festival in India. The project has been through various approvals and Phase 1 of the project has just started implementation.

This is a relatively small project but with the potential to not just demonstrate the impact of specific technologies but more widely to help establish the potential of AI in delivering real value in low-resource health settings and highly specialised disease diagnostics.

The project is also aimed at establishing AI as a key area for UK-India collaboration. The level of interest in AI was clear during a recent UK trade delegation to India led by the present Chairman of NHS England, Lord Prior. The delegation involved several British AI companies and the group interacted with many of the best-known names in Indian healthcare and highlighted the potential of this space.

Over the coming months, we hope to see a rise in the activity to create stronger cooperation leading to an increased focus on AI in India. It may take longer to demonstrate outcomes but for now, AI remains a promise which must be encouraged, nurtured and delivered.

Madhukar Bose is the India and Digital Health Lead for Healthcare UK.

About the Author: Madhukar Bose