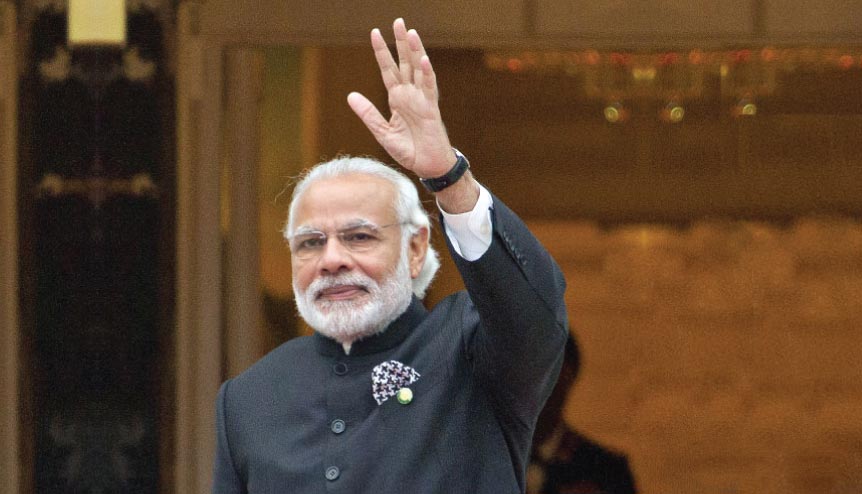 The combination of immense goodwill from its assistance with combatting Covid-19, along with building a new network of friends around the world is evidence of how India not only unites nations but also national interests. Now is the time for the world to offer India a permanent seat at the UN Security Council.

So what’s common between the US presidential helicopter Marine One, the Ford EcoSport, NASA’s Jet Propulsion Lab in California and 3.2 million Apple iPhones?

The United States of America, you would say.

Related stories: Vasudhaiva Kutumbakam, for India, the world has always been one
Why India is ready for a permanent role at the UN Security Council
India’s outreach creates a new paradigm in public health security
Changing world order sets the backdrop for India’s stint at the UNSC

Made in India, for the world

The cabin of Marine One is fabricated at Lockheed Martin’s Sikorsky unit in India. The Ford EcoSport sold in US markets is manufactured in Chennai. NASA’s Jet Propulsion Lab in Pasadena is collaborating closely with the Indian Space Research Organisation (ISRO) on NISAR – the world’s most expensive imaging satellite, fully built and to be launched in India, to study global environmental changes. And very soon, millions of iPhones built in India will be exported by Apple out of the country.

A shift in global allegiances

The world is in the throes of deep and long-lasting realignments – and the new research and manufacturing partnerships between India and the US are deeply emblematic of it. The outbreak of Covid-19 has only managed to speed up those rapid realignments, especially in the way in which the world views India. 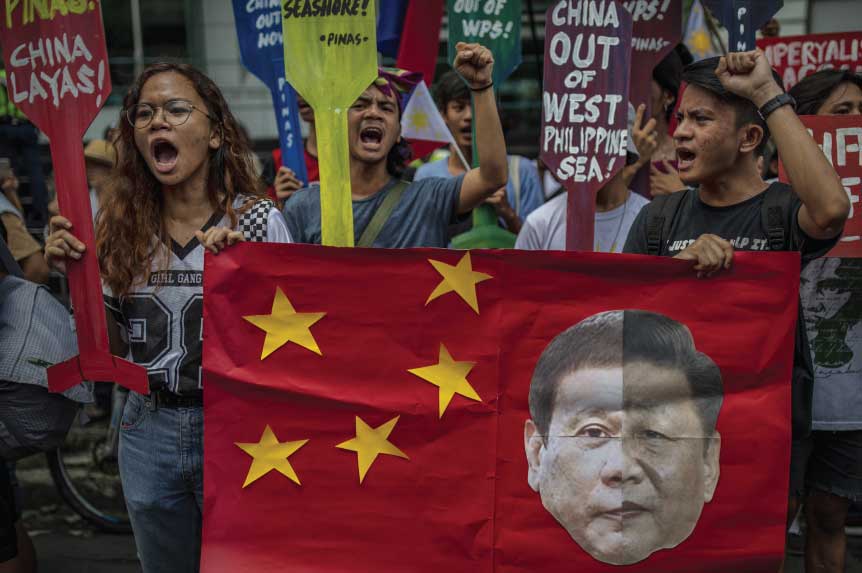 In April this year, a Pew Centre survey found that two-thirds of Americans have an “unfavourable” view of China – citing various reasons behind it, from the US-China trade tensions to aggressive policies and lack of transparency over the pandemic. According to Pew, this was the “most negative rating for the country since the Centre began asking the question in 2005.”

In a telling piece of serendipity, the same day the Pew survey was unveiled, Facebook Inc. announced that it had invested $5.7 billion into India’s largest telecom company, Reliance Jio. What was really surprising is that the deal happened at a time when both USA and India were under Covid-19 lockdowns – and Reliance chairman Mukesh Ambani made the announcement all alone from his Mumbai home. 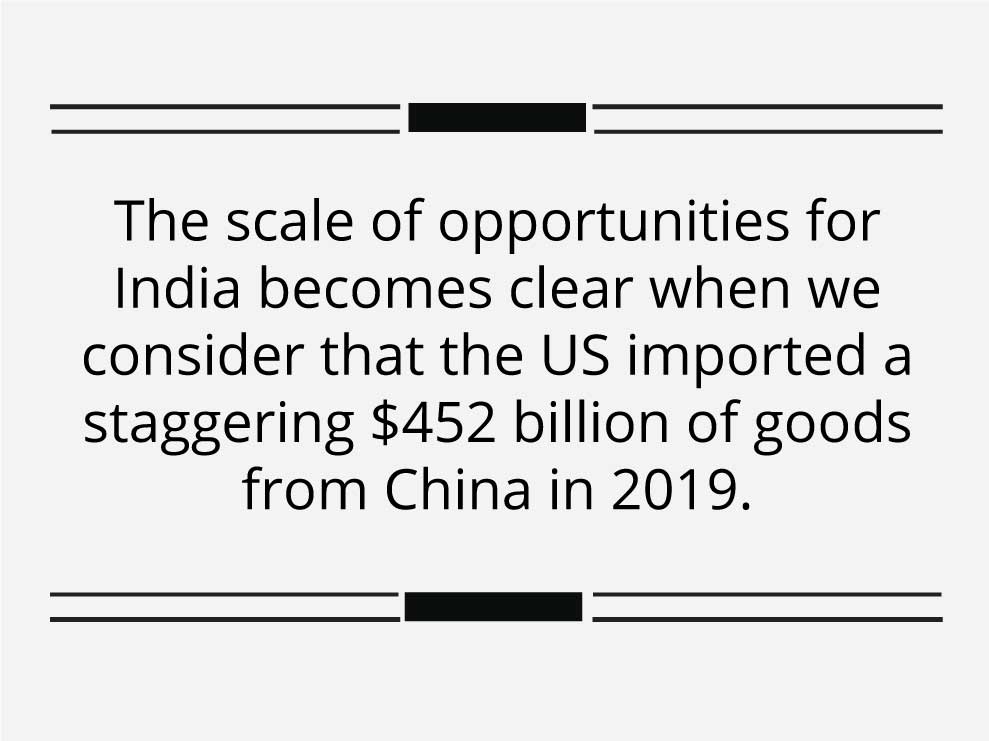 “While the Facebook-Jio deal is largely digitally driven, we believe that 2020 could mark an inflection point in the bilateral trade of goods between the United States and India,” Vijay Govindarajan and Gunjan Bagla wrote in an essay for the Harvard Business Review last month. “The shift can be attributed – at least in part – to the stresses from Covid-19 and the tariffs imposed on Chinese goods by the Trump administration… We look at India as a sourcing partner for goods, becoming a partial replacement for imports from China.”

India’s recalibration of commercial and geopolitical relations is not limited to the USA, but several countries and economic blocs around the world.

The dragon and the tiger

The current spate of tension around Chinese aggression in Ladakh will only serve to exacerbate the “unfavourable world view” that Beijing seems to be attracting at the moment, with India’s proactive and humane actions in the aftermath of the pandemic creating a contrasting global opinion.

To go back to the US – India today successfully exports shrimp, processed food and agricultural products to the various American cities. According to the US-India Business Council, India is perfectly positioned to fulfil US needs for medical devices, energy-efficient green transportation, power semiconductors, switches and rectifiers – replacing China as the supplier. In fact, India already provides nearly 40 per cent of the generic drugs sold in the USA, produced at factories inspected and approved by the US Food and Drug Administration.

“Vasudhaiva Kutumbakam” is the age-old Indian concept that we examined earlier in this series – but India today is steadily building a new family of friends around the world and truly reliving the ancient adage. 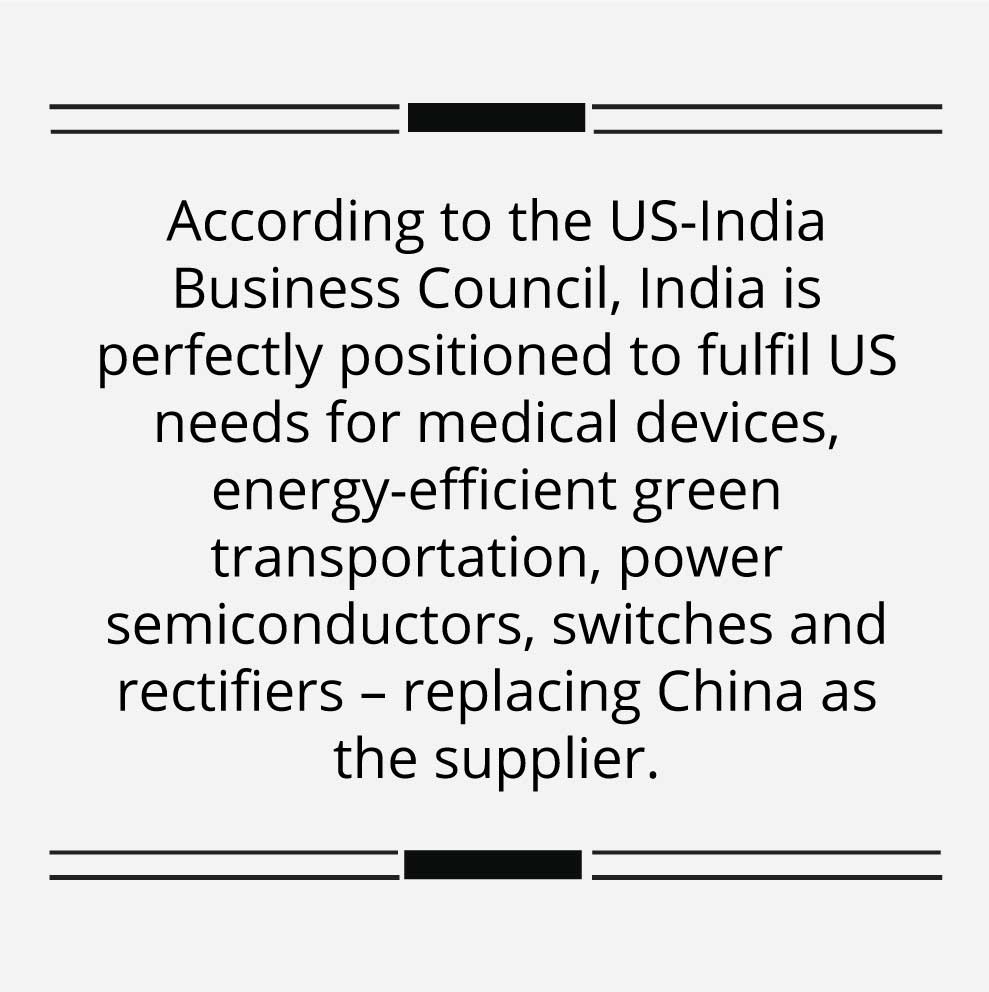 The scale of opportunities for India becomes clear when we consider that the US imported a staggering $452 billion of goods from China in 2019. Only five low-cost countries have GDPs larger than that: India, Mexico, Indonesia, Brazil, and Thailand. India is the biggest economy among these candidates and has the largest untapped potential for filling part of the supply chain vacuum that is created by exodus from China.

“India can quickly become a favourable jurisdiction for more of the industrial activities that are happening currently in China,” Thomas Vajda, US Deputy Assistant Secretary for South Asia, told a recent virtual meeting with the American Chamber of Commerce in India. The same sentiment is echoed by Dr Mukesh Aghi, CEO of US-India Strategic Partnership Forum. “While US companies are looking for alternatives to China, India becomes a natural destination. You have an English speaking workforce, highly skilled, the cost of labour is cheap and more important it is a growing market of 1.3 billion people whose disposable income is growing,” Dr Aghi was quoted as saying by the Times of India.

The same equation also holds true for other strategic partnerships that India has invested in in the last six years – from the UAE and Saudi Arabia in the Arab world to more meaningful relations with the UK, Canada, Australia and Brazil to resetting defence relations with Israel and Russia, as well as carrying along with the diverse members of Indian Ocean territories and Africa. 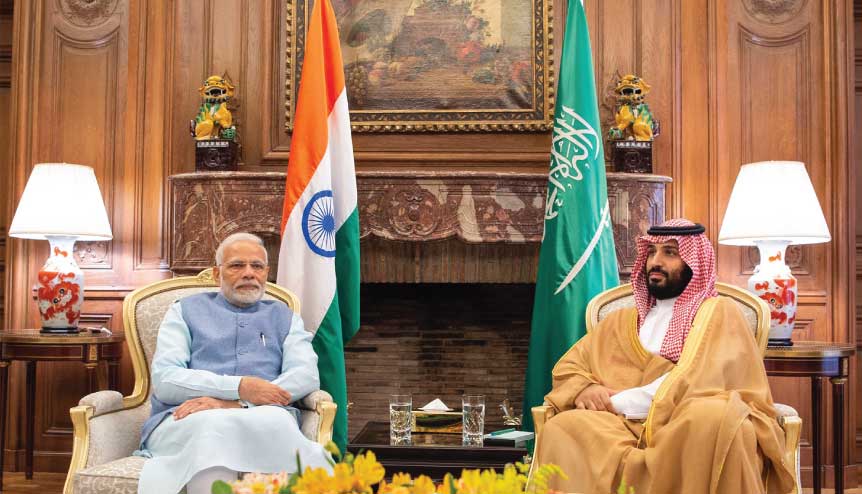 India’s decisive leadership and selfless service for humanity during the current pandemic – as we saw in exhaustive details in the previous articles of this series – have bolstered those external relations into permanent internal gains.

On the domestic front, despite being the world’s second-most populous country with more than 1.3 billion people, India has managed to largely keep the virus fatalities away from the disastrous digits experts had feared it would touch.

“Apart from ensuring the safe return of hundreds of Indians from China, Iran and other countries, the Indian government took early decisive measures to contain community spread,” said Sriram Gutta, Head of Community Development, India and South Asia at the World Economic Forum. “While these measures will have short-term economic impact, they will ensure the safety and welfare of Indians,” he told a meeting of the forum.

Even the World Health Organisation has praised India’s internal response, apart from heaping praise on its global role. “India is doing quite well,” according to WHO’s India representative Henk Bekedam, and its responses in battling the virus are “good and impressive”.

Henk Bekedam, WHO Representative to India on #Coronavirus: The commitment from Indian govt, the Prime Minister’s Office has been enormous, very impressive. It is one of the reasons why India is still doing quite well. I am very impressed that everyone has been mobilised. pic.twitter.com/RtNSMTsiag

The power of JAM

In many ways, India has been able to respond effectively to the current pandemic thanks to the interconnected trinity of JAM network (Jan Dhan Yojana, Aadhar card and Mobile Phones) that the country has built painstakingly built in the past years under Prime Minister Modi’s drive to embrace digital governance.

Indeed, the potential of fusing together biometric IDs, mobile phones and digital payments to improve the capacity of governments to deliver more effective and accountable welfare programmes is huge: People in Indian villages today receive food subsidies and pensions using the Aadhaar card; community health workers deliver maternal health services using their mobile phones; mobile agents in Indian rural bastions are at the frontlines of the digital money revolution that has now become a global phenomenon. 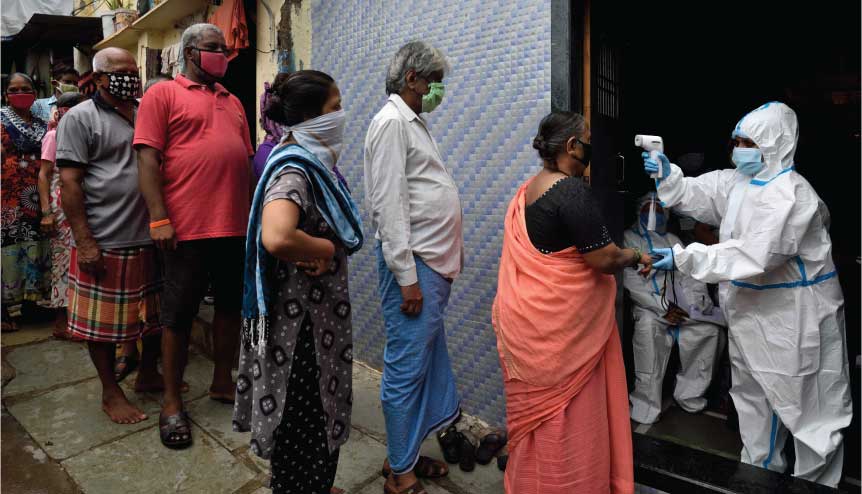 “Governments are creating the infrastructure to harness the power of data to monitor the delivery of services and subsidies in real-time, improving accountability of providers and voice of the citizens,” according to authors Alan Gelb and Anit Mukherjee at the Print. “Digital technologies are changing the lives of people in the developing world. With the spread of digital identification, access to financial accounts, and mobile phones, citizens increasingly demand the same convenience and responsiveness in dealing with their governments that they experience in their personal lives. In turn, governments around the world are moving rapidly to harness the power of technology to improve their ability to serve people – in other words, increasing state capacity in an increasingly interconnected, digital world,” they wrote. 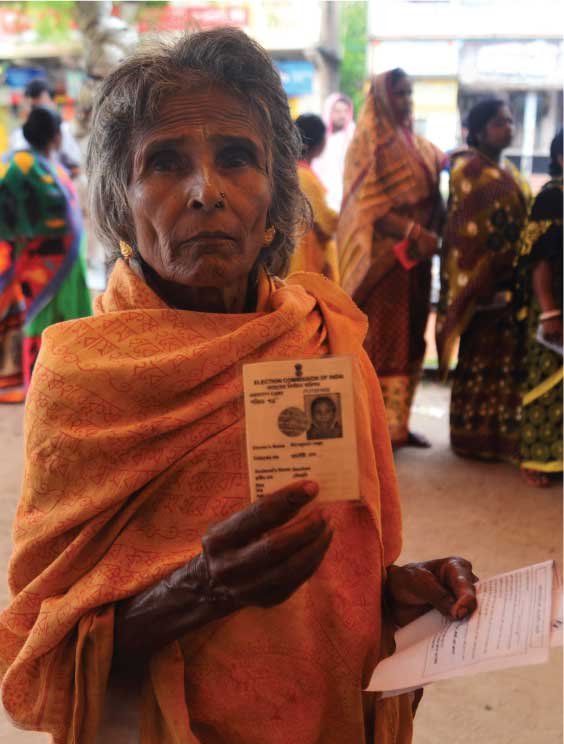 By leveraging the coverage of Aadhaar, bank accounts and mobile phones, India now electronically transfers nearly $350 billion to more than 800 million people every year. That digital achievement has rarely been applauded – but the challenges become clearer when compared to advanced economies such as the USA. President Donald Trump’s plan to provide $1,200 to every citizen during the Covid-19 pandemic, including in many cases by cheque, became a logistical nightmare and subject to errors and fraud. Many other developing countries have similarly struggled to distribute payments, but in contrast India has built up robust systems that it can now successfully deploy in any crisis.

Such grassroots systems are also the reason why several investment giants have rushed to embrace India and hailed the 21st century as the Indian century, in yet more evidence of how India not only unites nations but also national interests.

Explaining the rationale behind Amazon’s decision to invest $1 billion in digitising India’s small and medium businesses, its CEO Jeff Bezos recently said: “I predict that 21st century is going to be the Indian century… Apart from its dynamism, India is a democracy which is a major characteristic of the country.” Bezos vowed that the e-commerce major would use its global footprint to export Made in India goods worth $10 billion by 2025.

Of course, Bezos is not alone in this assessment.

The world is one family for India

Whether it’s India’s pharma diplomacy at the outset of the pandemic or effectively countering aggressive and irresponsible neighbours; its geopolitical savvy to strengthen regional relations and reset those with major Western powers or carrying out labour and market reforms to attract more investments, India today is a mature democracy at its zenith – fulfilling its global responsibilities in ways that even many developed countries can only aspire to.

In the words of Prime Minister Modi: “Our efforts are aimed at transforming India and ensuring everything in our nation matches global standards… It is the duty of every Indian to work hard to make it a century of India. I say it is possible.”

That was from a speech in 2017 – and only three years and many obstacles later, India has shown that the impossible is indeed possible.

With Modi’s relentless focus, India today is not only on the path of self-reliance but also carries the great responsibility of uniting and mobilising countries around the world for one common goal of human progress – and the true success of that journey can only be unlocked when India is an equal stakeholder at the multilateral platforms such as the UN Security Council, which drive that progress.

The world today might be its oyster, but for India anyway, the world has for centuries been one large family.