Skip to content
Act East: Investing in the Northeast of India

Act East: Investing in the Northeast of India 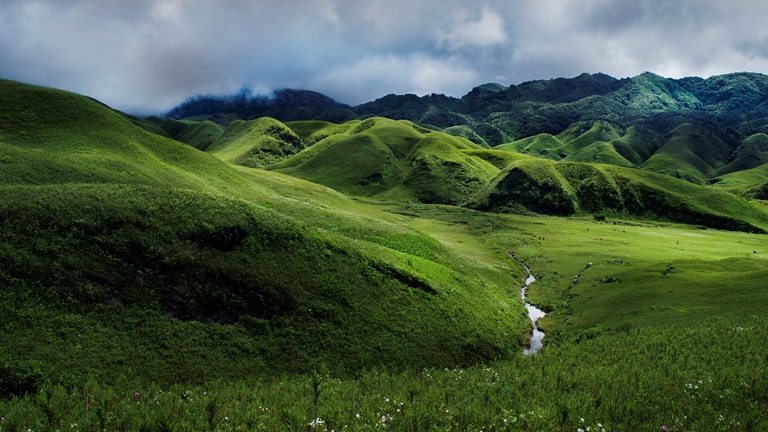 India has finally woken up to tap the immense potential of its far-flung Northeast states but it would take time before it becomes the darling of foreign investors.

Ask any average citizen on the road in mainland India the names and capital cities of the eight Northeastern states of the country and there is a high likelihood they would fumble and embarrass themselves. A popular joke in the northern parts of the country is that only an aspirant of the IAS or PCS — two main forms of civil services in the country – would know the answer to such a basic question as this.

It is symbolic of the ignorance of the people in the country about this part of the nation as also the neglect by successive central governments to assimilate the Northeast into the mainstream of social consciousness. Last year in February, it led to a frustrated P.B. Acharya, the governor of Arunachal Pradesh, the farthest of all the Northeastern states, to quip that Indians know more about US than the Northeast.

The Northeast region accounts for nearly 8 per cent of India’s land mass, little less than 4 per cent of the country’s population but contributes just 2.5 per cent of India’s GDP. This imbalance has resulted in the region not getting the benefit of being part of the world’s fastest-growing economy and has remained in the fringes. Foreign investment in the region has been negligible over the years even though there have been various attempts made in the past, especially with geographically closer South Asian economies like Thailand, Indonesia and Malaysia.

As per the data available with the Department of Industrial Policy and Promotion of the Ministry of Commerce and Industries, while FDI in India has been recording a steady growth over the years, investments in the Northeast and Jammu and Kashmir have been negligible compared to other parts of the country.

During the period from April 2000 to December 2017, overall FDI in India touched $532,552 million but investments in the entire Northeast was only $4856.67 million during that period — less than 1 per cent of the total pie. To put it another way, the share of these eight states combined was only marginally better than Jammu and Kashmir, which did not receive any FDI during that period. 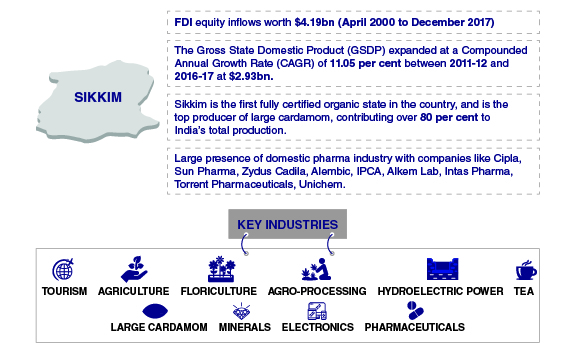 The main challenge towards the development of the region can be traced to the distrust among the people with the policy-makers at the Centre largely due to years of neglect and exploitation. The region has been a hotbed of insurgency and terrorism that has led to an unstable political climate. Mining activity has subsequently suffered as a result. In Meghalaya for example, extraction of uranium and coal has been a problem while in Nagaland, where huge reserves of oil have been spotted, the local tribals of the state are suspicious of the ill effects of any large-scale mining in the region to the local flora and fauna.

These are the main reasons for the failure of various overtures by the local political establishment to attract foreign capital from neighbouring Association of Southeast Asian Nations (ASEAN) countries. In the recent past, a series of meetings were held with Thailand and several delegations from the Northeast visited that country. Similarly, delegations from Thailand were also hosted in the Northeast with the expectation that high volume of investments to the region. But the efforts have failed to bring the desired results. 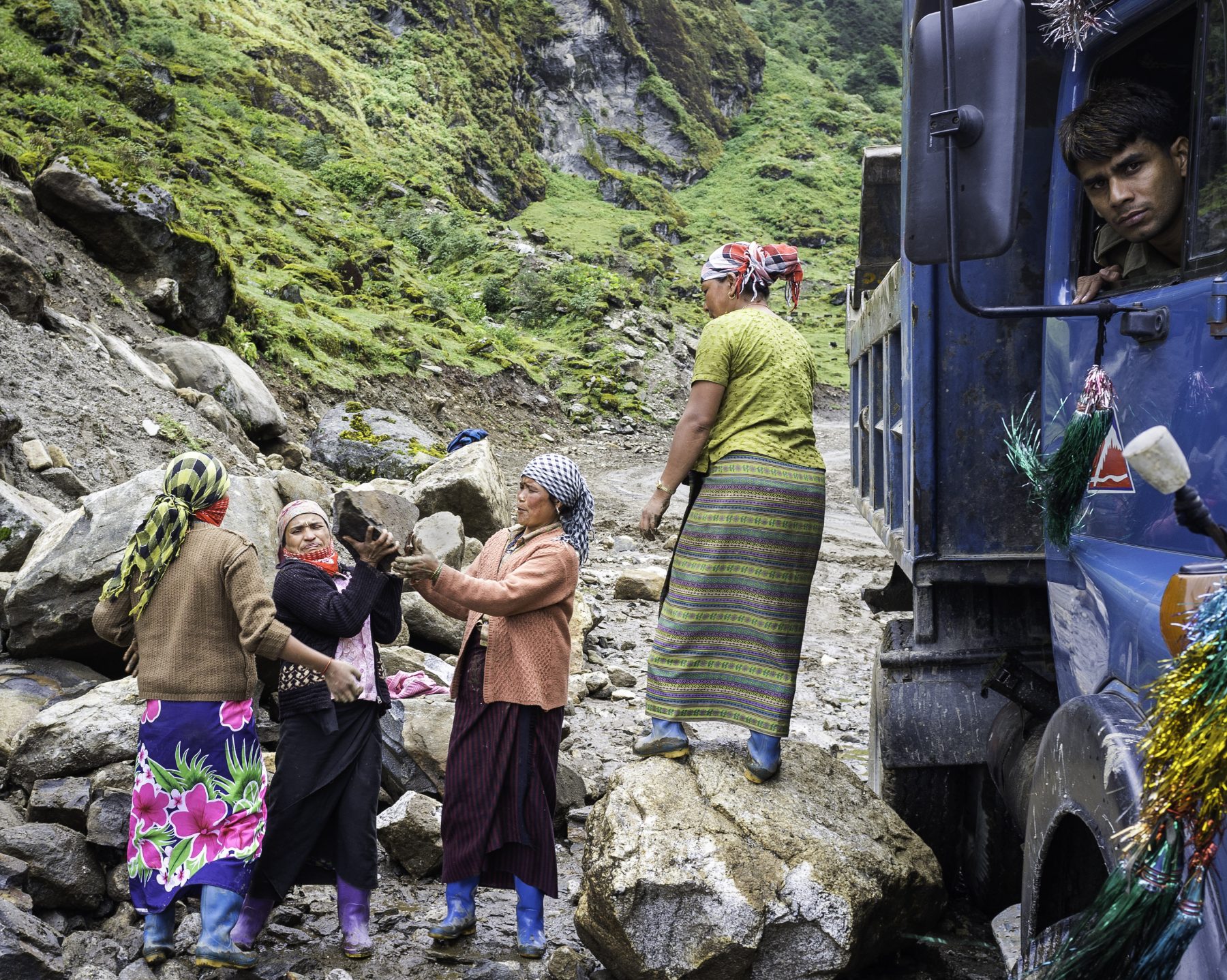 There has, however, been a perceptible change in the way these states are perceived by the central government in the last few years. If not central to any administrative action, these states now figure more in government discussions and there has been a significant thrust towards development in this region.

Last month, the government announced the new North East Industrial Development Scheme (NEIDS) 2017 for the region to replace the already defunct North East Industrial Investment Policy 2007. To be implemented with retrospective effect from April 1 last year, it provides for sops like exemption and subsidies for an investor to the maximum of Rs 200 crore ($30mn) per new industrial unit for a period of five years, reimbursement of 58 per cent income tax and 58 per cent CGST and IGST, provision for transport subsidy, central capital investment incentive for access to credit, central interest incentives, central comprehensive insurance incentives and employment incentive. With a corpus of Rs 3,000 crore ($460mn), this is the most comprehensive scheme ever to spur growth and investment in the region.

The central government’s much-touted Act East policy includes a big push towards road and railway infrastructure and some of it is already visible on the ground. The present administration had converted over 900 kilometers of railway tracks into broad gauge including one that connects Tripura to the rest of the country. Two new trains including a Rajdhani has also been launched between Agartala, the capital of Tripura and Delhi. Two years ago the then railways minister Suresh Prabhu laid the foundation for the Rs 2,315 crore ($356mn), 88-km Dhansiri-Kohima railway track, connecting Kohima to the national railway network. Similarly, projects connecting Imphal, Aizawl and Shillong have been launched while more than 20 trains have been introduced in the region. A deal with neighbouring Bangladesh has also been signed to develop a rail link between Tripura and the port city of Chittagong, which would speed up flow of products, especially grains, to the region.

A similar thrust is also visible on development of roads and airways in the region. More than 3,800 km of national highways with an investment of Rs 32,000 crore ($5bn) has been sanctioned in the region in the past three years while nearly 1,200 km of roads have been constructed.

“We aim for a transformation by transportation through investment in infrastructure in the region,” Prime Minister Narendra Modi said in Mizoram in December last year. “We will be investing another Rs 60,000 crore ($9bn) under Special Accelerated Road Development Programme in the North-East and Rs 30,000 crore ($4.5bn) under Bharatmala in the next two to three years to build a network of high-ways and roads in the Northeast Region. We are committed to bring all the State Capitals of North East Region on the Rail map.”

The commissioning of the 60-MW Tuirial hydropower power project in Mizoram, the first major central government project to be commissioned in the state, also made it the third power-surplus state in the region after Sikkim and Tripura. The project is expected to produce 251 million units of electricity annually.

Airport infrastructure is also being upgraded and connectivity to the rest of the country by air is being strengthened. The Airports Authority of India (AAI) has allocated Rs 3,400 crore ($520mn) for the upgradation of airports in the Northeast region. Projects worth Rs 934 crore ($145mn) have already been completed. Some of these projects include re-carpeting of the runway at Silchar and Lilabari airports and an aviation manpower training institute; development of Rupsi airport; a new integrated airport and an engineering workshop at Agartala; expansion and revamp of existing terminal building and runway at Dimapur; installation of an instrument landing system (ILS) at the Shillong airport; and operationalisation and development of the Tura airport.

The centerpiece of the government’s Act East policy in terms of infrastructure is the 1,360-km-long India-Myanmar-Thailand trilateral highway, which is to be completed in 2020. The highway would bring ASEAN countries even closer to the region boosting the region’s economy.

The government hopes the infrastructure development will ultimately pay dividends by way of increased trade between the region and the ASEAN countries. At the recently concluded global investor’s summit in Assam, 263 pacts were signed with a cumulative slated investment of Rs 79,000 crore ($12bn). Investors from countries as diverse as Bangladesh, Bhutan, Canada, Cambodia, Czech Republic, Germany, Israel, Japan, South Korea, Laos, Myanmar, Thailand, Netherland, Saudi Arabia, England, USA and Vietnam had participated in the summit.

Even through diplomatic channels, efforts have been made to whip up interest in the region. Last September, India signed a memorandum of understanding with Japan for the latter to extend a Rs 2,239 crore ($344mn) loan for the North East Road Network Connectivity Improvement Project to improve the National Highway (NH) 40 and construct a bypass on NH54 in the region.

Achieving the overall vision of making the Northeast the gateway to South East Asia is still someway off but baby steps have been taken towards that end. Albeit on a much smaller base, some of the states in the region are already among the fastest-growing in terms of GDP around the country. A bit more luck, and foreign investors will surely follow.

Bhangracise: Dancing to a different kind of lockdown beat