A plastic-free India can be achieved only on mission-mode 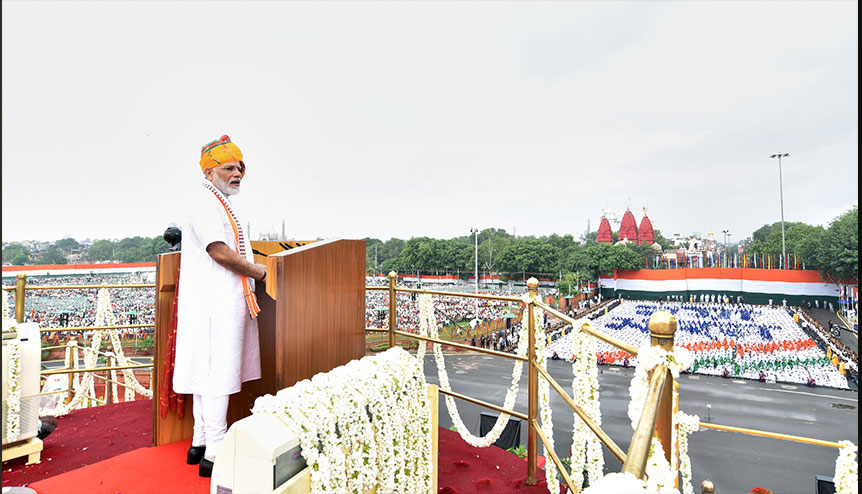 Indian Prime Minister Narendra Modi’s clarion call for Indians to shun single-use plastic has the potential to replicate some of the success of a similar drive to address the lack of toilets in the country.

The annual Independence Day speech delivered by the Indian Prime Minister from the ramparts of Red Fort in New Delhi is an iconic moment, with Narendra Modi having used it to unveil some of his most ambitious campaigns over the years. And his message this year, the 73rd anniversary of the day Britain’s colonial rule came to an end, was as big in terms of its scale and scope.

Modi’s message of “I want to urge every citizen to give up single-use plastic” is characteristic of the simplicity with which he tends to tackle gigantic challenges such as climate change head on. He made a reference to his 2014 speech, when he surprised the nation with another straightforward message of cleanliness, which marked the launch of the Swachh Bharat Abhiyan or Clean India Mission. The results of that mission began to show quite instantly as people took to the streets with brooms alongside the Prime Minister himself. The drive, which embraced the ostensibly politically un-appealing message of building toilets, itself is nearing a major milestone as the Indian government hopes to declare India open-defecation free in the coming weeks.

After what has been categorised as the world’s biggest toilet-building spree, Modi’s mission is to now turn his attention to the conundrum of plastic waste – with India among the countries considered a home to mountains of it. Besides a call for people to start considering cloth bags as gifts on major festivals to encourage a natural progression towards recycling, he also urged start-ups, technicians and entrepreneurs to work on innovative ways to recycle plastic. This sat neatly alongside his message of using Made in India products.

This multi-pronged approach reflects a perceptive reaction to environmental challenges in a country like India, which has already delivered results for the Clean India mission. Unlike countries like the UK where a levy on plastic bags has been imposed in recent years, the Indian method is aimed at starting out on a campaign mode to encourage self-discipline. A levy or a complete ban on plastic bags, like in the Netherlands and New Zealand, may well have to be enforced somewhere further down the line.

India consumed an estimated 15.5 million tonnes of plastic in 2016-17, according to the PlastIndia Foundation, an organisation of major institutions connected with plastic. That number is predicted to increase to 20 million tonnes by 2019-20. And, India’s Central Pollution Board admits a woeful lack of means of processing waste in many Indian cities, with trash at times having to be burned in open dump yards.

The latest announcement over plastic use is reflective of Modi’s attempt at giving proactive action a chance, no matter how tough. The latest drive starts again on 2 October – which marks the birth anniversary of Mahatma Gandhi and when the Clean India Mission was formally launched nearly five years ago.

“I would request all the shopkeepers to put up a board in their shop – please do not expect a plastic bag from us. You bring a cloth bag from your home, or we will sell you a cloth bag as well. Let us create an environment,” urged Modi, as he laid out his action plan.

“On Diwali, where we give gifts to people in various ways, why not gift cloth bags to people this time and every time, so that they will go to the market with a cloth bag. So will be the advertisement of your company,” he noted.

Modi has often talked up age-old Indian habits of frugality and recycling and this latest mission-mode tackling of yet another complex environmental issue exemplifies his faith in that tradition.