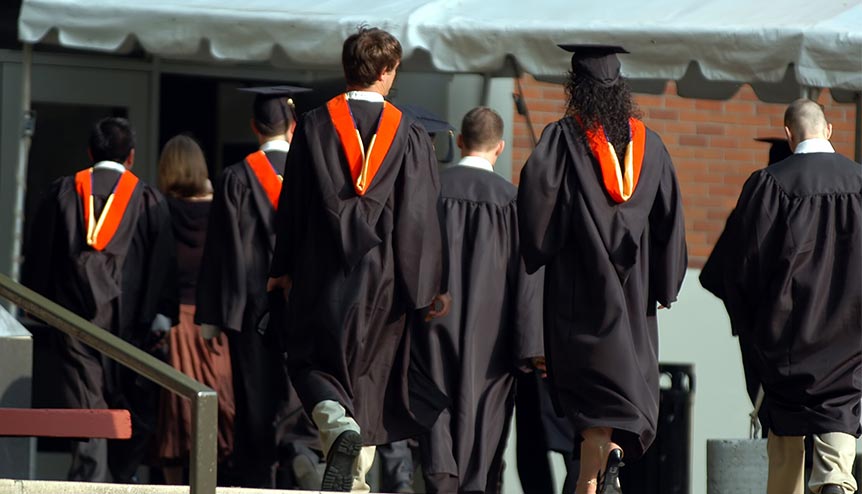 Intelligence and political circles in the UK are voicing a growing concern for UK higher education institutions’ heavy reliance on Chinese students.

The coronavirus pandemic has wreaked widespread disruption to work, life, play and study. And while students across the world might or might not have secretly revelled at getting an unexpected break; education institutes, particularly UK universities are now facing a serious crisis. According to research conducted by the Institute for Fiscal Studies, as many as 13 British universities could face financial disaster from the after-effects of the coronavirus outbreak, affecting one in 20 students in the UK and causing steep job cuts.

Related stories: COVID-19 and Ireland’s initiatives to help the students

Higher education plays a vital role towards contributing to the UK’s economy. British universities also spearhead the country’s prowess in research and development, which is now leading the fight to find a cure for Covid-19. Unfortunately, the virus is not the only incoming threat from China that British universities need to worry about. 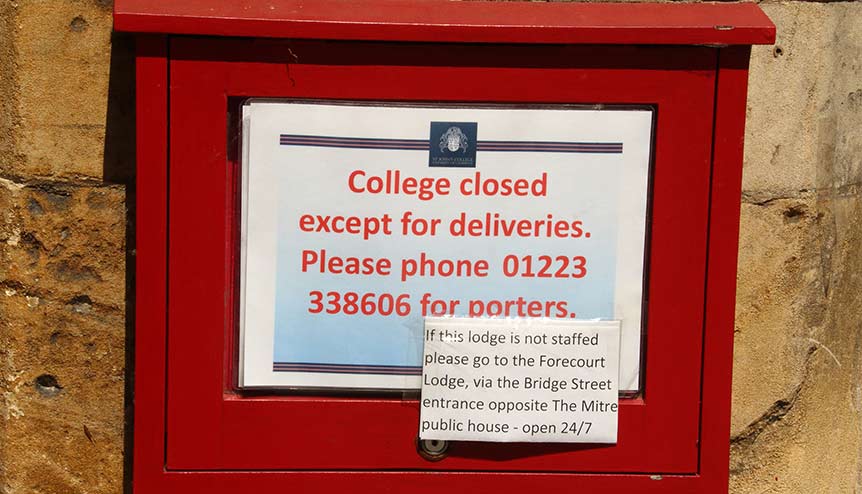 A view of a sign informing the public about the closure of St Johns College, Cambridge. The world-renowned university, like all universities across the UK, has announced that there will be no face-to-face lectures over the course of the next 2020/2021 academic year due to Covid-19.

The widespread lockdown and travel restrictions which had to be put in place to control the spread of the pandemic have had a direct bearing on the inflow of international students to the UK. The study by the Institute for Fiscal Studies stated that while only one in five students on British campuses are from overseas, their fees amount to nearly a third of all tuition income and close to £7 bn in total. Another research conducted for UCU, estimated that a 47 per cent drop in international student numbers will cost the university sector £1.5 billion – and combined with a fall in domestic intake, could jeopardise 60,000 jobs across the UK.

Over dependance on China

Much like the coronavirus crisis provided a wake-up call to the global industry to diversify its supply and manufacturing chains, the UK’s universities, too, are now waking up to the need for reducing their dependence on China for international students. Chinese students make up the bulk of international students coming to the UK to pursue higher education. Over the past five years, this number has soared – rising by 34 per cent, encouraged by conducive visa rules. Currently, 120,000 students from China study in British universities. An analysis by trade magazine Times Higher Education (THE) has found that Chinese students now represent more than 10 per cent of all revenue at a number of universities across the UK. The same report also revealed that one-third of all non-EU students at British campuses are now from China. 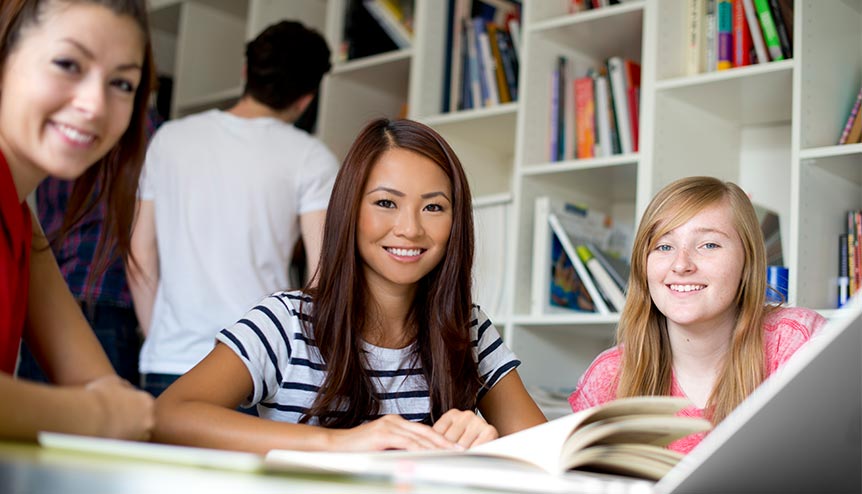 There are rising concerns that UK universities are becoming vulnerable to potential risks around intellectual espionage or freedom of speech due to an over reliance on Chinese money.

Why these stats are a cause for concern?

In an ironic twist of fate, the travel restrictions put in place due to Covid-19 that originated in China mean that the number of international students, particularly Chinese students coming to the UK, have now dramatically dropped. Even with the easing of rules for travel, most students fear making the trip. In a survey conducted by the British Council of 8,000 Chinese students, 22 per cent said they were likely or very likely to cancel their plans to study overseas, while 39 per cent said they were unsure and only 27 per cent said they were not likely to cancel. UK universities are now in fear of major financial losses due to the cuts in the numbers of Chinese students. Another survey of international students by the British Council has found that nearly 14,000 fewer students from eight countries – including China – are likely to come to the UK in 2020/21 in the wake of the coronavirus pandemic.

Another concern, and perhaps a more serious one, is foreign interference. There are rising concerns that UK universities are not thinking through the implications of relying on significant amounts of Chinese money, and becoming vulnerable to potential risks around intellectual espionage or freedom of speech. The problem arises from the fact that though Chinese families often pay for undergraduate degrees for students coming to study in the UK, several of the scholarships for postgraduate degrees are funded by the Chinese government.

It was only this January, earlier in the year, that Tom Tugendhat, the Foreign Affairs Committee Chair warned “These students will not just be bringing open minds ready to learn, but also the apparatus of state control either through direct influence or through pressure exerted on their families that really is completely foreign to British universities.” Similar concerns have also been echoed by others such as Oxford University’s chancellor, Lord Patten, who was also the last British governor of Hong Kong. Lord Patten has warned of national security risks when academics collaborate with China. Adding, joint academic research projects in the field of humanities as well as the sciences could be pose security risks. 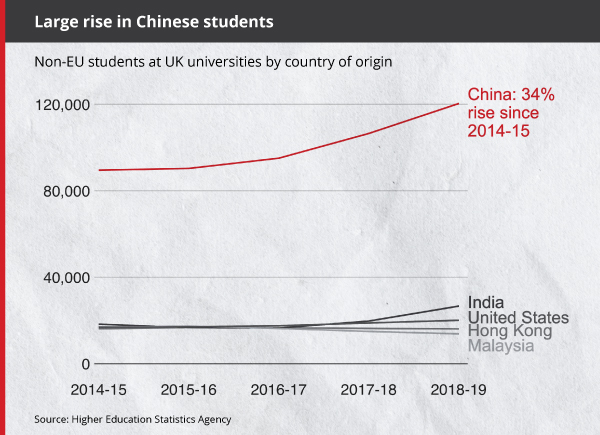 In addition, both MI5 and GCHQ have warned that hostile state actors are targeting UK universities to steal personal data, research data and intellectual property, and this could be used for their own military, commercial and authoritarian interests.

Of course, it doesn’t help that in 2018, the UK government announced a relaxation of the Tier 4 visa category for overseas students from 25 countries including China (but excluding India). The easing of visa rules meant Chinese students were no longer required to provide evidence of finances, qualifications or evidence of their English language ability.

Incidentally, the discrimination of the 2018 visa rules, combined with the absence of a post study work visa (which was later reinstated) saw a dramatic decline in numbers of Indian students ,who began to show a preference to countries like the US and Australia which gave them both knowledge the opportunity to apply it post study.

There is no denying that the over reliance on Chinese money has put UK universities in a vulnerable position. Particularly now, with China threatening a crushing retaliation to the UK for banning Huawei. India provides a safer and lucrative alternate destination for UK universities to attract international students to make up the dip in numbers. Indian students make up the second largest category in terms of international students coming to the UK. 21,165 Indian students came to the UK to study between April 1, 2018 to March 31 2019, leading to a 93 per cent jump in numbers. Over 37,540 Indian students applied and received visas to come study in UK universities, representing the largest number of visas issued to Indian students over the last eight years. Experts have attributed this jump to the post study work visa being re-instated.

Lord Karan Bilimoria, the Chancellor of the University of Birmingham, President of the UK Council for International Student Affairs (UKCISA) and Co-Chairman of the International Students APPG, has been a vocal opponent of including students in net migration figures for several years now. In a recent letter to the UK government, Lord Bilimoria stated, “It is very misleading as research has shown that over 95 per cent of international students return after their studies for postgraduate work. For example, when people enter they say they are coming to study. When they are asked on the way out, anybody who worked afterwards says they were working, creating the illusion of illegally overstaying international students. The lag between arriving and leaving also means that growing the number of international students – exporting UK education – shows as an increase in net migration.” He also urged the Indian government to recognise the UK’s one year Master’s qualification, stating, “as the non-recognition of this provides barriers for some occupations to Indian graduates when they return home.” 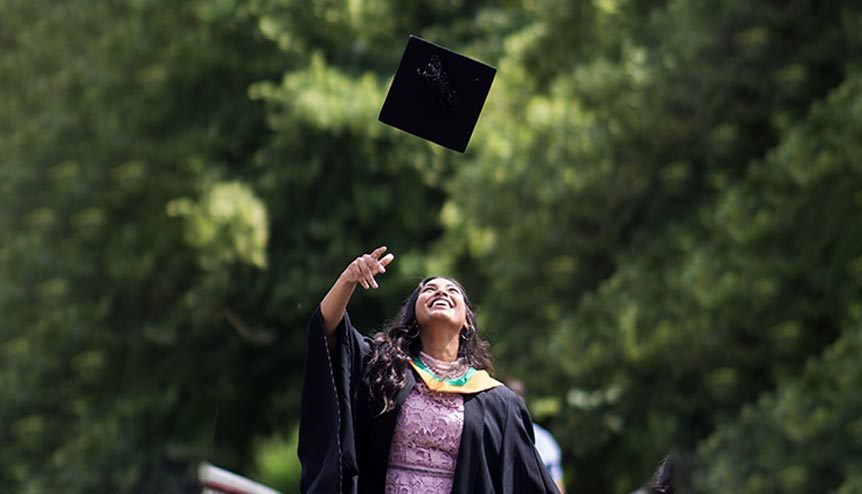 India provides a safer and lucrative option for UK universities to attract international students to make up the dip in numbers.

The alarms are well and truly blaring in the sanctum sanatoriums of knowledge across the UK. And while much damage has been inflicted due to misplaced trust and blind reliance, the UK is still very much in a position to control and rectify this by working with international partners that share common values and vision such as India. The 2019 jump in Indian students coming to the UK after the post study visa was reinstated demonstrates that the UK will be able to attract more Indian students with proper incentives such as more scholarships and relaxed visa rules like adding India to the preferred list of 25 countries with relaxed visa rules for a UK Tier 4 visa. India with its huge pool of youth that is both hungry to learn and contribute still remains eager to engage. It is up to the UK now to make the best of this opportunity, to open its doors wide and say namaste.