A future IMF chief from India can redress many global imbalances 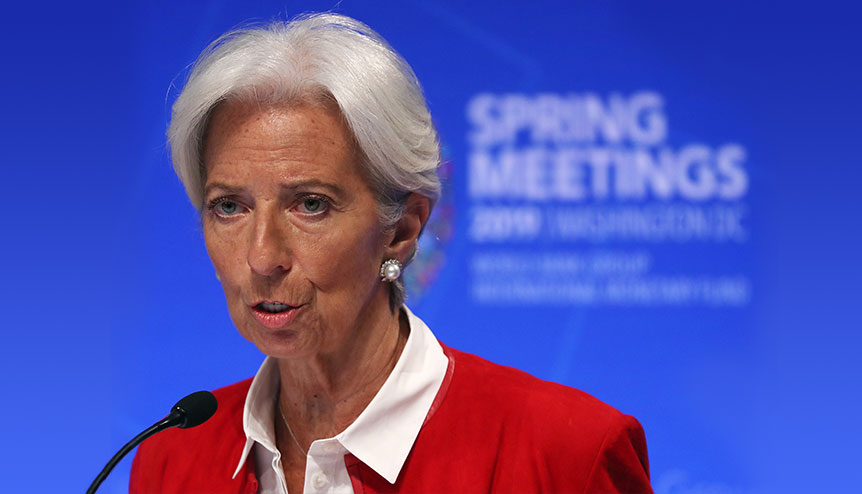 As Christine Lagarde makes way for a new Managing Director of the International Monetary Fund (IMF), the need to look beyond the traditional breeding grounds to find her successor became all the more pronounced in order to effectively reflect the realities of the 21st century global order.

An influential UK parliamentary panel recently wrote to the UK Foreign and Commonwealth Office (FCO) to engage more proactively with New Delhi to try and seek out the next International Monetary Fund (IMF) chief from India.

The House of Commons Foreign Affairs Committee (FAC) referenced its report on reawakening India-UK ties, released to mark the first-ever India Day in the UK Parliament at the start of UK-India Week in June, as the base for enhancing bilateral engagement over the crucial appointment of a new IMF Managing Director. Its current chief, Christine Lagarde, formally submitted her resignation in mid-July to take up her new role as the head of the European Central Bank (ECB).

“To defend the international system today, we must look to select leaders for international organisations from across the nations that now represent the major economies, not just those who have traditionally held these posts,” FAC Chair Tom Tugendhat wrote in his letter to then UK foreign secretary Jeremy Hunt.

“The Foreign Affairs Committee’s recent report on India, ‘Building Bridges: Reawakening UK-India ties’, highlighted the strength of relationships between the UK and India, and the potential for growth. This would suggest that engagement with New Delhi may provide a candidate that the UK could support,” he said.

The committee’s report had called for a recognition of the mismatch between India’s global importance and its status in multilateral organisations.

“A candidate from outside Europe or America would offer a new perspective and the UK’s backing of such a nominee would help strengthen its position as the key defender of the rules-based system while updating it for a modern era,” believes Tugendhat, who led the Global Britain and India inquiry which resulted in the FAC report.

He asked the FCO for a commitment to support a candidate from outside Europe and lobby other democratic governments about the possibility of supporting a candidate from a country that has not historically held such a post. The FCO, however, said that UK government policy relating to the IMF falls within the remit of the UK’s Treasury department.

“The UK is committed to an open, merit-based and transparent process for selecting the next IMF MD. We look forward to engaging fully in the process agreed by the Board, including ensuring that a range of suitably qualified candidates come forward and are assessed against the agreed criteria,” a UK government spokesperson said.

The IMF, headquartered in the US capital of Washington DC, is a multilateral organisation working towards fostering global monetary cooperation and financial stability. Lagarde, a French lawyer, triggered the hunt for a successor as she began eyeing the post of President of the European Central Bank (ECB). American official, David Lipton, has been serving as Acting Managing Director while her successor is chosen. 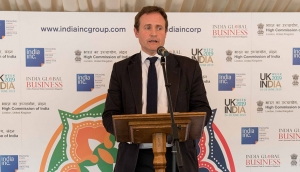 As one of her last major acts, Lagarde had signalled a significant shift in policy for the IMF, which she said would take on the role of urging countries to protect spending on health, education and vulnerable groups amid growing concern among its members about excessive levels of inequality. Any new managing director will be expected to oversee this change in approach by the IMF, which has in the past come in for criticism for imposing spending cuts on governments facing financial crises.

With the global financial order undergoing significant headwinds, including the looming prospect of a no-deal Brexit, a candidate from a country like India known for its fiscal prudence and focus on inclusive growth under the Narendra Modi led government would certainly have sent out a very strong message in favour of a rules-based order that is truly global. The shift in the power balance from West to East is an inevitability that should be harnessed rather than overlooked.

With an increasingly belligerent China and similar forces of dissent, India can prove to be that reliable ally in the battle to bolster multilateral organisations around the world. The time may not yet have arrived as the shortlist for the next IMF chief gets finalised, but it is a nonetheless an important intervention by an influential parliamentary committee from a friendly country like the UK to ensure the issue remains at the forefront of a world order that is fighting to protect established rules of engagement.

As the former Indian high commissioner to the UK, Ranjan Mathai, put it: “We have accepted the rules of the game, and we continue to subscribe to them.” However, there is frustration in India that its emergence as a global power is not reflected by the existing multilateral system, which was devised to reflect the global distribution of power after World War II. The country has pushed for a permanent seat on the UN Security Council and a greater voice in the World Bank and IMF.

“It is important for the bilateral relationship that the UK supports India’s efforts to gain appropriate status and powers within multilateral bodies,” the FAC had concluded in its report.

While some large and growing economies want to change the rules of the game, India is seeking a seat at the table. It would be prudent for the West to acknowledge this reality before it is too late for those rules of the game themselves.